Backlog
It is the fourth installment of the Age of Empires series.
Posts Ratings Similar List ⋮

It is the fourth installment of the Age of Empires series. The soundtrack is also available as part of the additional content of the Digital Deluxe Edition on Steam. On August 21, 2017, Microsoft announced Age of Empires IV, developed by Relic Entertainment. On November 14, 2019, gameplay footage of Age of Empires IV was shown at the X019 event. Hayes Madsen of CGMagazine summed up his 10/10 review by saying "Age of Empires IV is a bold and ambitious evolution of the series, and quite likely one of the best RTS games ever made." The Washington Post enjoyed the campaign balancing describing it as how "Every battle feels like it could tip any way at any moment" and that there was a "magic to this design".VG247 felt that the game's commitment to historical accuracy set it apart from its strategy game peers "making Age of Empires 4 more than just another medieval combat simulator".PCGamesN's Ian Boudreau praised the Art of War tutorials, saying they were "hugely helpful for new players who want to understand the nuts and bolts of successful economy management". Robert Zak of PC Gamer felt the distinct civilizations were the fourth entry's greatest triumph, calling "the visual and strategic" variety "one of the most significant evolutions in the series". He criticized how he felt the game whitewashed history, saying AOE4's "squeaky-clean presentation skirts around the ickier parts of history".Polygon felt the simplifications from Age of Empire 2's mechanics benefited the game, saying that the changes led "its complications come more from decision-making and strategy than from the minute details of mechanical plays". Age of Empires IV won the award for Best Sim/Strategy Game at The Game Awards 2021. 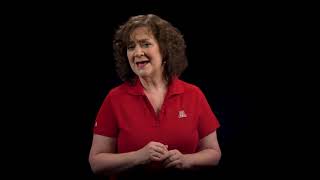 User Posts For: Age of Empires 4