Its popularity led to many spin-offs, versions of Angry Birds being created for PCs and gaming consoles, a market for merchandise featuring its characters, a televised cartoon series, and an upcoming feature film. Rovio is investigating ways to expand the Angry Birds brand, including merchandise, television shows and movies. Angry Birds Toons is available on mobile devices by an additional Toons channel on all of the Angry Birds apps homescreens. DVD version for the TV series was released by Sony Pictures Home Entertainment. Figures are created for Angry Birds Star Wars II,Angry Birds Go!, Angry Birds Stella, and Angry Birds Transformers. Are figures used to "teleport" a character of the corresponding figure into the game by scanning it, via the device's camera. One of the 2012 New Models for Hot Wheels cars from Mattel is based on the Red, Blue, and Yellow Birds from Angry Birds. On 2011, Rovio published a cookbook titled "Bad Piggies: Egg Recipes", along with doodle books based on some characters of the game. 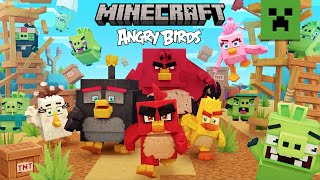