1
Backlog
Apollo Justice: Ace Attorney, released in Japan as Gyakuten Saiban 4, is the fourth video game in the Ace Attorney series. Apollo Justice is the first game in the series that does not feature Phoenix Wright as the main protagonist, though it is not the first time a different attorney has been playable. The game is set in the year 2026, which is seven years after Phoenix Wright: Ace Attorney Trials and Tribulations. Phoenix Wright has been stripped of his attorney's badge, and Apollo Justice, an up-and-coming attorney, becomes his apprentice.
First Release April 12, 2007
Last Release November 21, 2017
Posts Ratings Similar List ⋮ 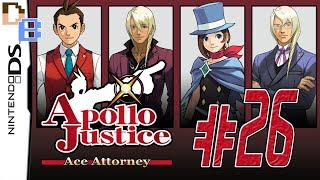