At the start of each level, players need to build their deck with cards that adjust various elements of gameplay, such as modifying the player's health, damage, and stamina. The AI can spawn extra enemies, activate a fog effect, and increase the size of the horde. The game features pre-defined hero characters who have preset attributes and abilities, and players can purchase upgrades and items with an in-game currency called Copper. The game also has an eight-person player versus player mode called Swarm, where a team of four players assumes the role of Cleaners, and the other team of four control mutated Ridden. One year after the beginning of the outbreak, pockets of humanity attempt to survive in the post-apocalyptic world. A group of veteran survivors called the "Cleaners" fight the Ridden and defend Fort Hope, a settlement within fictional Finleyville, Pennsylvania,United States. Characters In the primary game modes, the player can control one of 8 Cleaners: Walker, an Army Ranger veteran and de facto leader of the Cleaners; Chris, the eldest Cleaner nicknamed "Mom" because of her maternal attitude; Holly, a brash fighter who wields a baseball bat named Dotty; Evangelo, an optimistic recruit and lover of cheesesteaks; Hoffman, a socially awkward survivalist, and conspiracy theorist; Sue, who is nicknamed "Doc" for being the group's medic and scientific expert; Jim, an experienced hunter, and marksman; and Karlee, a cynical lone wolf. Each character has unique perks and attributes which can favor certain strategies and roles within a four-person team. For example, Doc can restore more health when healing herself or other players, and gives the team a passive bonus against damage, while Karlee automatically highlights mutants in her immediate proximity, and can use or activate environmental features faster. During a mission, characters in a party will comment on their immediate situation and banter with one another, revealing insights into their backstory and personality. The game's campaign begins with Walker, "Mom", Evangelo, and Holly, arriving at a settlement in Evansburgh to trade supplies. As the team retreats to Fort Hope, their commander, General Phillips, has them demolish the Washington Crossing Bridge to delay the Riddens' advance. At Fort Hope, the team finds more Ridden attacking their stronghold and overrunning the town outside its walls. With the help of Hoffman, Karlee, Doc, and Jim, they successfully defend the fort and rescue survivors. After sealing the mine, the Cleaners raid a police station and crashed a military cargo plane to secure more armaments. Phillips sends the Cleaners to another location to extract Doctor Rogers, a scientist who has developed a chemical weapon called T-5 that is significantly effective against the Ridden. There, the Cleaners discover a mass grave, which has become a breeding ground for the Ridden and their new mutant variants. After securing the T-5 compounds, the Cleaners fly back to Fort Hope in a Black Hawk helicopter piloted by Rogers, and see Fort Hope being attacked by a massive burrowing Ridden called "the Abomination". 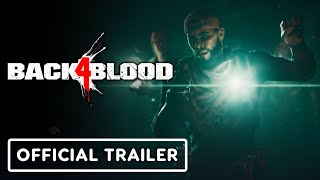 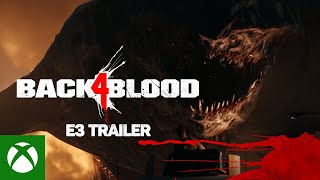 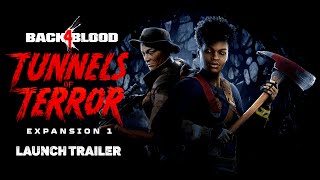 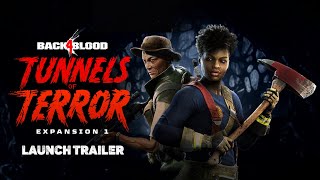 User Posts For: Back 4 Blood