It is the third main game in the Baldur's Gate series, itself based on the Dungeons & Dragons tabletop role-playing system. The game is expected to remain in early access until 2023. Baldur's Gate III is a role-playing video game that offers both a single-player and cooperative multiplayer element. Unlike previous games in the Baldur's Gate series, Baldur's Gate III has turn-based combat based on the D&D 5th Edition rules, similar to Larian's earlier games Divinity: Original Sin and Divinity: Original Sin II. In the year 1492 DR, over 120 years after the events of Baldur's Gate II: Shadows of Amn and months after the events of Baldur's Gate: Descent into Avernus, the forces of darkness are on the rise. Before the mind flayers can transform their victims, the nautiloid flying ship they are all aboard comes under attack from githyanki warriors and their red dragons and flees through multiple realms, including Avernus, the first of the Nine Hells. As Tav searches for a way to remove their parasite, they encounter other survivors of the wreck: the human wizard Gale, the half-elf cleric Shadowheart, the high elf vampire rogue Astarion, the human warlock Wyll, and the githyanki fighter Lae'zel. The original Baldur's Gate game was developed by BioWare and Black Isle Studios, and published by Interplay Entertainment in 1998. The game's success led to a sequel, Baldur's Gate II: Shadows of Amn, and its expansion pack, as well as Icewind Dale and its sequel, and finally, Planescape: Torment. Wizards of the Coast had long since acquired the rights to D&D as part of their purchase of TSR, and had been making updates to the core rule sets over the previous years. At this time, Wizards of the Coast felt the studio was still too new to the industry to be trusted with the Baldur's Gate license. For example, the combat system is expected to be weighed more in favor of the player than in the tabletop version, to make the game more enjoyable. Larian Studios teased Baldur's Gate III in the week prior to E3 2019. The tabletop adventure Baldur's Gate: Descent Into Avernus was published by Wizards of the Coast in September 2019, and has been described as a "prequel" to Baldur's Gate III. 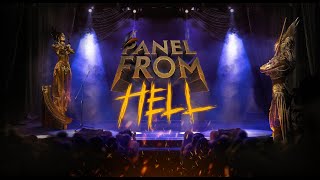 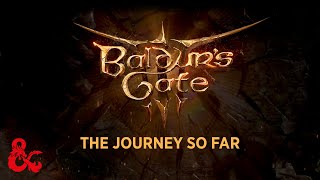