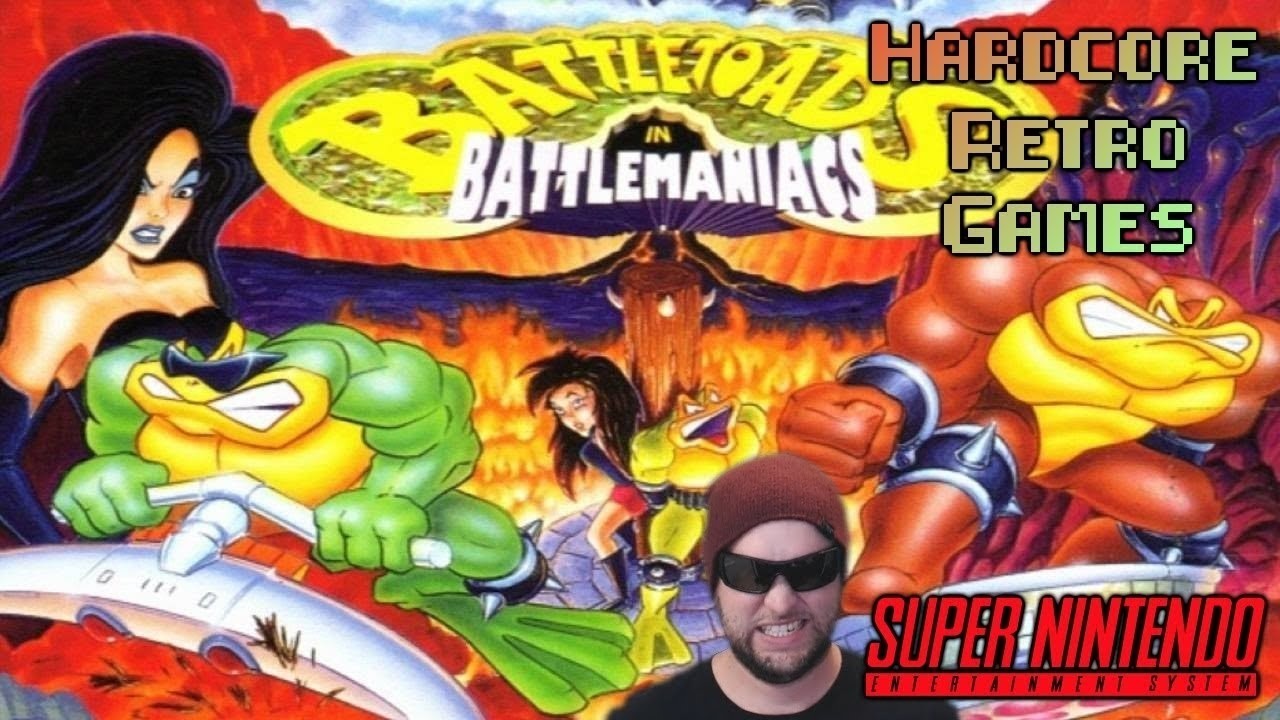 We're visiting Battletoads in Battlemaniacs on the Super Nintendo in Episode 03 of Hardcore Retro Games! Turbo tunnel, here we come!

I have a blast with this new series! Replaying some of the most notoriously hard retro games (and some of my favorite too!) are just pure fun for me. I hope you enjoy it too! :-)

If you have a suggestion for the next game, don't hesitate to write them below or use the hashtag #CronoHardcoreGames on Twitter. You're a part of the series too!

The #HardcoreRetroGames series is pretty basic. Each week, we play a hard classic retro game of your choice. If we don't finish the game in the episode, we finish them later on live streams. You can send me your suggestions on Twitter using the hashtag #CronoHardcoreGames. Enjoy the video my friends! :-)

The awesome soundtrack used in this video was created by "Bulby". Go check him out, he's awesome:

#BattletoadsinBattlemaniacs is a 1993 platforming beat 'em up video game developed by Rare and published by Tradewest for the Super Nintendo Entertainment System. The game was released in North America in June 1993, in Europe in October 1993 and in Japan on January 7, 1994. It was also ported for the Sega Master System and released exclusively in Brazil. Released around the same time as Battletoads & Double Dragon, Battletoads in Battlemaniacs is an installment in the Battletoads series.

The game follows two Battletoads, Rash and Pimple, on a quest to stop Silas Volkmire and the evil Dark Queen from ruling over the world. Many of its levels are enhanced or remixed versions of levels from the original Battletoads, featuring similar mechanics and gameplay styles. Battletoads in Battlemaniacs received mostly positive response from critics, receiving an aggregate score of 78% from GameRankings. The game was praised for its varied gameplay and music, but criticized for its lack of originality and high difficulty. Rate how you feel this post affects Battletoads in Battlemaniacs to change it score. GameSense.co lets you change video game scores by reacting to how you feel posts affect a game.