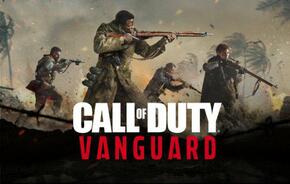 Vanguard establishes a storyline featuring the birth of the special forces to face an emerging threat at the end of the war during various theatres of World War II. According to the first revealed single-player campaign gameplay footage "Stalingrad Summer" captured in-engine, Vanguard will feature similar gameplay mechanics previously introduced in Modern Warfare, such as the player being able to mount wielded weapons to flat surfaces, interact with doors and execute takedowns. New gameplay features allow the player the ability to use a more advanced strategic approach in combat such as blind firing from behind cover, breaking through destructible environmental elements or creating new paths to complete objectives by climbing walls. Vanguard's multiplayer mode is slated to launch with 20 total maps, 16 of which are featured for core game modes, while the other 4 are for a new game mode titled "Champion Hill", stated to be the next iteration of Gunfight, a 2v2 arena mode previously featured in Call of Duty: Modern Warfare and Call of Duty: Black Ops Cold War. The main goal of Champion Hill is, whether you play Solos , Duos or Trios , is to survive as long as it takes to be the last man standing in a squad-based deathmatch, round-robin tournament where players combine strategy and tactics in a close-quarter, fast-paced gunplay. Once the lives are expended, the game is over and the last squad with remaining lives wins the tournament. Although every player starts with the same loadout and equipment, Buy Rounds "make the combat preparation more exciting" as during these rounds, in order to accommodate different playstyles, players can purchase more effective weapons, lethal, tactical gear and also perks with the available in-game currency acquired throughout the matches. For the first time in Call of Duty franchise, the feature "Combat Pacing" is introduced to Vanguard's multiplayer matchmaking, which allows the player to have more control over the intensity and density of core multiplayer game modes. Preferences can also be mixed by selecting the "All" pacing option in the Quick Play menu. "Tactical" pacing offers a classic Call of Duty experience with traditional combat timing in a 6v6 lobby. "Assault" pacing on the other hand increases the lobby to 10v10 or 12v12 with a balanced, more action-packed combat throughout the maps. Every combat pacing variations can be played on each of Vanguard's multiplayer maps. In addition to the Gunsmith system returning in a more advanced form, Vanguard multiplayer will also feature a so-called "Caliber system" which brings immersive elements of destructible and reactive environment to its maps. Vanguard is also the first Call of Duty title to feature Ricochet Anti-Cheat, a proprietary anti-cheat system using a combination of server-side protection and a kernel-level driver. As with Cold War, Vanguard will integrate with Call of Duty: Warzone, allowing players to progress and use weapons, operators and other cosmetics items across both titles, in addition to the existing Modern Warfare and Cold War items in Warzone. Like the previous main installments of the Call of Duty franchise since 2019, Vanguard's multiplayer will also be fully cross-platform play compatible with a support for cross-generation gaming regarding eighth and ninth generation home video game consoles. The cooperative Zombies mode returns in Vanguard, developed by Treyarch in collaboration with Sledgehammer Games.