The game is a part of 2022's Call of Duty: Modern Warfare II but does not require purchase of the aforementioned title, and will be introduced during Season 1 of Modern Warfare II content. As the game progresses and players are eliminated, the playable area shrinks, forcing the remaining players into tighter spaces. In Warzone 2.0, Gulag matches are in 2v2 format, and may sometimes include an AI combatant called "the Jailer", whom players can hunt down to acquire a key and escape, in addition to the traditional method of winning Gulag matches. Players can choose to engage in combat with the AI enemies in order to seize the strongholds and gain access to the loot items within. Warzone 2.0?s setting is a desert-themed map titled Al Mazrah that features 18 points of interest. New movement mechanics include mantling, diving to prone, and swimming. In addition to shared progression with Modern Warfare II, Warzone 2.0 will also feature shared cross-platform progression and social features with Warzone Mobile, a new Warzone title made exclusively for mobile devices. 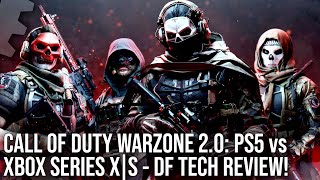 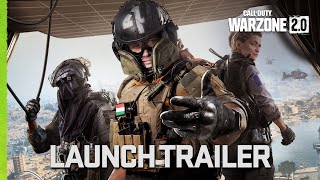