Honda's stage, and the replacement of the Flag of Hong Kong SAR with the flag of the People's Republic of China for Fei Long in the character selection screen. The collection features 32 new games, including SonSon as a free inclusion, and Three Wonders as a launch bonus for those who pre-ordered Capcom Fighting Collection. Upon Capcom Arcade Stadium's initial December 2020 announcement, Comic Book Resources found it to be an improvement over the 2013 predecessor Capcom Arcade Cabinet for the PlayStation 3 and Xbox 360, by almost doubling the library. However it lamented the trend of emulation "retreads" from Nintendo and Capcom: "The downside is that these companies have normalized the practice of re-selling consumers classic games every console generation, and that's a price gamers shouldn't have to pay." Although noting that several of the games have been available in previous compilations such as Capcom Beat 'Em Up Bundle, Nintendo Life praised the selection of shoot 'em ups in Capcom Arcade Stadium, which includes the console debuts of games such as Progear and 1944: The Loop Master. 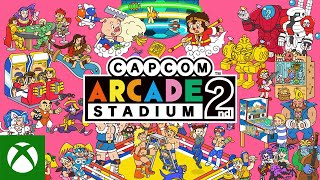 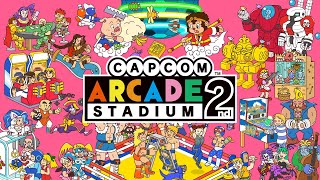 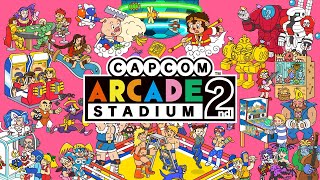