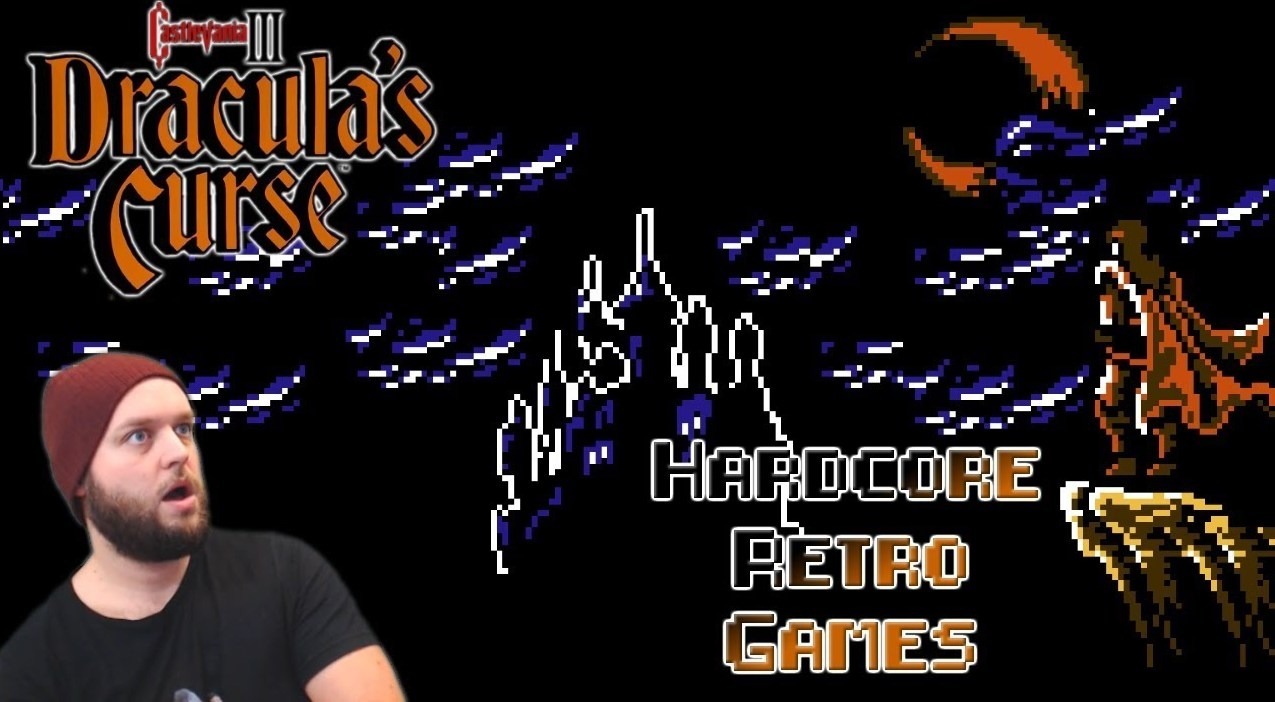 Hardcore Retro Games is back, just in time for Halloween! In episode 5, we're taking a look at Castlevania 3: Dracula's Curse on the NES. Man, this game is hard!

Killer soundtrack and pretty straightforward game. The only issue, which is a common issue on the NES, are the controls and the bottomless pits. But we can do it... right?

Have any suggestions for the next episode of Hardcore Retro Games? Let me know in the comment section below :-)

There are two main routes through the game's sixteen stages, which are referred to as blocks - and broken down into several sections. The second stage is an optional excursion for picking up one of the three partner characters, and the main branch occurs part way through the third stage. Each route contains total of nine stages (ten if the player takes the optional second stage). The upper route takes the player across the lake to the main bridge, entering Dracula's castle through the front gate, and is generally regarded as the easier of the two routes. The lower route takes the player through a series of underground tunnels and cavernous areas, eventually scaling the cliff side below the castle, and is generally considered more difficult than the upper route. The lower route also features one short branching section of its own at stage 6. The two paths converge in the main hall of the castle.

Block 4: The Haunted Ship of Fools

Block 6A: Sunken City of Poltergeists

Block 6A: The Moat Bridge of Peril

Rate how you feel this post affects Castlevania III: Dracula's Curse to change it score. GameSense.co lets you change video game scores by reacting to how you feel posts affect a game.