Chocobo GP is a spinoff of the Final Fantasy series, features locales and characters from across the franchise, as well as a direct sequel to 1999's Chocobo Racing. Items called "magicite" can be collected by driving a character into "Magic Eggs", and can be used to either help the player's character, or hinder other racers. Race courses are set in locations from various Final Fantasy games, such as the Gold Saucer from Final Fantasy VII, the town of Zozo from Final Fantasy VI and the town of Alexandria from Final Fantasy IX. Characters that are announced so far include both specific party members from previous Final Fantasy games and characters from the previous Chocobo spin-off games. Confirmed characters include: Chocobos,Moogles,White Mages,Black Mages,Vivi,Steiner. The game is a sequel to the 1999 PlayStation game Chocobo Racing. A follow-up to the game was first announced in 2010 for the Nintendo 3DS, though its development was outsourced, the quality suffered, and it was quietly cancelled by 2013. In March 2021, publications noted trademarks being filed for a Chocobo GP and Chocobo Grand Prix. 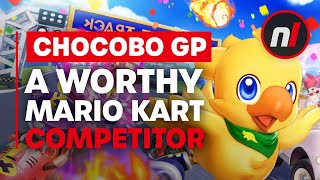 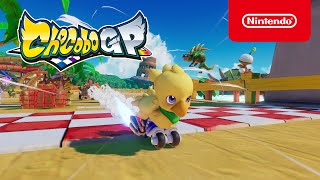 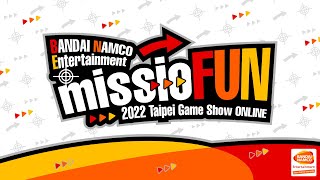 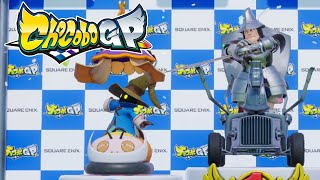 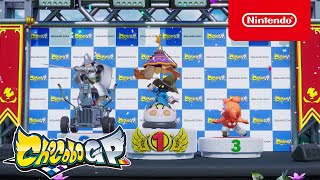 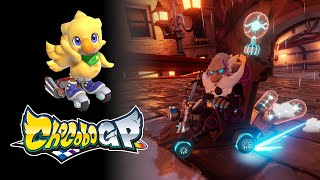 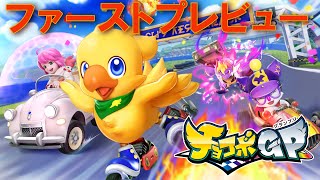 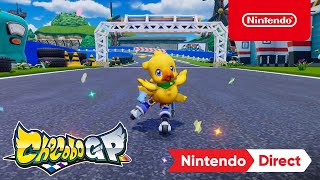