Backlog
It is also possible to maintain a city in a sandbox mode, which provides more creative freedom for the player.
Posts Ratings Similar List ⋮

It is also possible to maintain a city in a sandbox mode, which provides more creative freedom for the player. Cities: Skylines is a progression of development from Colossal Order's previous Cities in Motion titles, which focused on designing effective transportation systems. While the developers felt they had the technical expertise to expand to a full city simulation game, their publisher Paradox held off on the idea, fearing the market dominance of SimCity. The developer's goal was to create a game engine capable of simulating the daily routines of nearly a million unique citizens, while presenting this to the player in a simple way, allowing the player to easily understand various problems in their city's design. The game received favourable reviews from critics, and was a commercial success, with more than twelve million copies sold on all platforms as of June 2022. The player starts with a plot of land – equivalent to a 2-by-2-kilometre area – along with an interchange exit from a nearby highway, as well as a starting amount of in-game money. The player proceeds to add roads and residential, industrial and commercial zones, and basic services like power, water and sewage, to encourage residents to move in and supply them with jobs. As the city grows beyond certain population tiers, the player unlocks new city improvements, including schools, fire stations, police stations, health care facilities and waste management systems, tax and government edicts, mass transit systems, and other features for managing the city. Each district can be configured by the player to restrict the types of developments permitted or to enforce specific regulations within the district's bounds, such as only allowing for industrial sectors devoted to agriculture, offering free public transportation for the district to reduce traffic, raising or reducing taxes for the various classes of development, or, with the Green Cities DLC, discouraging fossil-fuel vehicles from entering a district while not discouraging electric vehicles, reducing noise pollution caused by traffic. Buildings in the city have various development levels that are met by improving the local area, with higher levels providing more benefits to the city. The parcel limitation is to allow the game to run across the widest range of personal computers, but players can use Steam Workshop modifications to open not only all of the game's standard 25-tile building area, but the entire map . The game also features a robust transportation system based on Colossal Order's previous Cities in Motion, allowing the player to plan out effective public transportation for the city in order to reduce traffic congestion and generate transit revenue. Roads can be built straight or free-form, and the grid used for zoning adapts to the shape of the adjacent roads; cities need not follow a square grid plan. The game includes several pre-made terrains to build on, and also includes a map editor to allow users to create their own maps, including the use of real-world geographic features. They wanted to move from this into a larger city simulation like the SimCity franchise, and in preparation, developed Cities in Motion 2 using the Unity game engine to assure they had the capability to develop this larger effort. 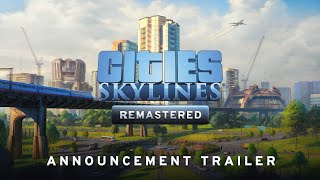