1
Backlog
The first installment in the Cotton series, players assume the role of the young witch Cotton who, alongside her fairy companion Silk, sets out on her broomstick on a quest to defeat several monsters and get her Willow candy.
First Release July 20, 2021
Last Release September 16, 2022
Posts Ratings Similar List ⋮

The first installment in the Cotton series, players assume the role of the young witch Cotton who, alongside her fairy companion Silk, sets out on her broomstick on a quest to defeat several monsters and get her Willow candy. It is regarded as a key title in the "cute 'em up" sub-genre. Cotton: Fantastic Night Dreams is a scrolling shooter game reminiscent of Parodius where players assume the role of a young witch named Nata de Cotton who, alongside her fairy companion Silk, travels various increasingly difficult levels through a fantasy dream-like world on a quest to defeat several monsters and get her Willow candy. Players must blast various monsters and avoid being shot while collecting crystal power-ups to enhance Cotton's firepower and unleash powerful magic spells on enemies, in addition of bombs capable of obliterating enemies. The player has lives represented by an arrow and three lives, though only one hit is allowed per life and the game is over once all lives are lost, unless more credits are inserted into the arcade machine to continue playing. Cotton was first published by Sega in the arcades for the Sega System 16 arcade board in April 1991. After launch, it was showcased to attendees at the 1991 AOU Show. Cotton was ported to the TurboGrafx-16, first being published in Japan by Hudson Soft on 12 February 1993 and later in North America by Turbo Technologies Inc. on April 1993. The game later received a conversion to the Sharp X68000 home computer with many changes and enhancements over the arcade version, published only in Japan by Electronic Arts Victor on 24 September 1993. It was also ported to the Neo Geo Pocket Color, first being published in Japan by Success on 23 March 2000 and later in Europe by SNK the same year. In Japan, Game Machine listed the game on their 1 June 1991 issue as being the ninth most-popular arcade game during the previous two weeks. In the July 1991 issue of Japanese publication Micom BASIC Magazine, the game was ranked on the number sixteenth spot in popularity.Gamest also gave it several awards for the 5th Gamest Grand Prize. Cotton won 4th place in the Best Shooting Award, 4th place in the Best Direction Award, 4th place in the Best VGM Award, and the character of Cotton won 2nd place in Character Awards for best character. The TurboGrafx-CD port received positive reception from critics. Public reception was also positive: readers of PC Engine Fan voted to give Cotton a 22.82 out of 30 score, ranking at the number 101 spot in a poll, indicating a popular following. 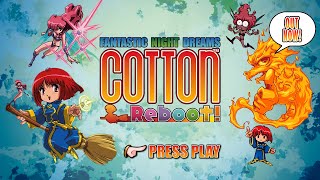 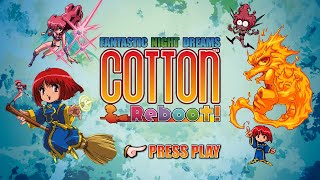 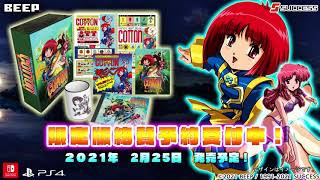