Danganronpa: Trigger Happy Havoc is an adventure visual novel video game developed and published by Spike and the first game in the Danganronpa series. Two manga adaptations and two spin-off novels have been published, a anime television adaptation by Lerche aired between July and September 2013, and a stage adaptation ran from October to November 2014 in Tokyo's Nippon Seinenkan. A canonical anime sequel that is considered the third entry in the series, Danganronpa 3: The End of Hope's Peak High School, began airing in July 2016. Danganronpa: Trigger Happy Havoc casts players in the role of Makoto Naegi, a student of Hope's Peak Academy, who finds himself trapped in a game of mutual killing among his students. Each chapter of the game features two styles of gameplay; School Life, in which the player explores the academy and progresses through the story, and the Class Trials, where the player must deduce the culprit of a crime. During School Life, the player can explore the school grounds in first-person perspective, with more areas of the academy becoming available as the game progresses. Whilst in one of the various rooms, players move a crosshair cursor which is used to initiate conversations with characters or examine parts of the environment. In designated 'Free Time' segments, players can choose to hang out with specific characters and give them presents, which in turn reveals more information about them and unlocks various Skills that can be used in the Class Trials. When a crime scene is discovered, the game shifts to the Deadly Life section, in which the player must search for clues throughout the academy. When all possible evidence is located, the game moves on to the Class Trial. 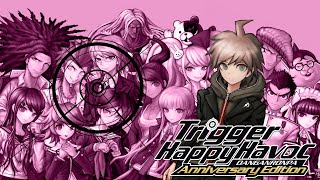 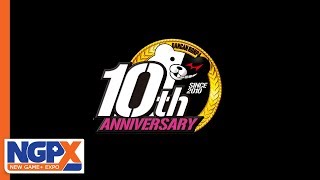