1
Backlog
The player can commandeer the stagecoach, which is the primary way of navigating the game's world.
Posts Ratings Similar List ⋮

The player can commandeer the stagecoach, which is the primary way of navigating the game's world. The ultimate goal is to reach a mountain, which is the source of evil that have overtaken the world. As the player explores, they will encounter different locations of interest and roadblocks, and the player will enter combat scenarios. Combat in the game is turn-based, and the heroes must be positioned properly as some of their skills cannot be used when they are standing in a wrong spot. As the player explores the world, they can also visit Shrines of Reflection, where players can learn more about the backstories of the game's characters. As the characters progress in the game, their stress level would increase. Under a lot of stress, they will have a debilitating meltdown during combat, which would result in a massive decrease in health and the acquisition of negative traits. When a member of the team dies, another one will join the player's team once they reach an inn. It is also the place where the players can lower the stress level of characters and improve team dynamics. However, a stay at the inn would also increase Loathing, a stat which indicates the all-consuming evil of the world. While the game will use an improved version of the core combat system, the studio stated its intent offer a completely different metagame experience, including the transition from 2D to 3D graphics using Unity. 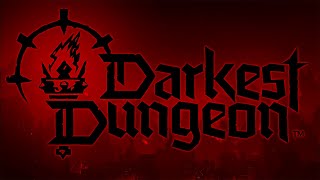