Alongside Reedus, the game features actors Mads Mikkelsen, Léa Seydoux, Margaret Qualley, Troy Baker, Tommie Earl Jenkins, and Lindsay Wagner, in addition to the likenesses of film directors Guillermo del Toro and Nicolas Winding Refn as supporting characters. Death Stranding received generally favorable reviews, with critics praising its voice acting, soundtrack, and visuals, with more mixed opinions regarding its gameplay and story. Kojima refers to Death Stranding as the first "strand game", an original genre characterized by the game's incorporation of social elements. The player is tasked with delivering supply cargo to various isolated cities known as KNOTs, as well as isolated researchers and survivalists, while also connecting them to a communications system known as the Chiral Network. The player is evaluated by the company and recipients based on their performance , including whether the cargo was delivered, and if it is intact among other factors. How cargo is packed by the player, and the overall weight being carried, affect Sam's ability to navigate through the environments. The player's main enemies include otherworldly creatures known as "beached things" , MULE , and Demens, MULEs who have begun killing porters to claim their cargo. BTs are normally invisible, but Sam's suit is equipped with a robotic sensor referred to in-game as an "odradek" that points towards nearby BTs, and the player can then scan the area to reveal them. As Sam is a "Repatriate", he is taken to an underwater world known as the "Seam" if he is killed, where he can "swim" back to his body to revive himself. However, being killed and consumed by a BT also results in a destructive explosion known as a "voidout", which permanently damages the location of the death with an untraversable crater. As players expand the coverage of the Chiral Network, they can access maps of areas, and use blueprints to produce consumable items and structures with the Portable Chiral Constructor , including ropes, bridges, and power generators used for charging battery-powered equipment. The Network is also used as the basis for the game's online functionality, where players can leave supplies, structures, and messages that can be viewed and used by other players, although structures will eventually be destroyed by Timefall after some time. The player does not directly encounter other players in the world. The game is set in the apocalyptic United States, where a cataclysmic event known as the "Death Stranding" caused "Beached Things" —invisible creatures originating from the "Beach", lands thought to be unique to each person that are typically visited during near-death experiences and are said to be the link to the afterlife—to begin roaming the Earth. BTs are created from the dead via necrosis, and when they consume a living human being they create an explosion, on the scale of a nuclear bomb, known as a "voidout". 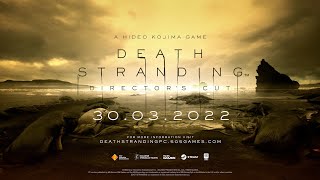 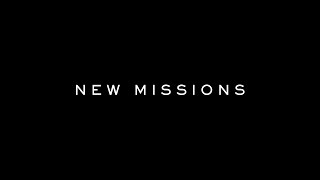 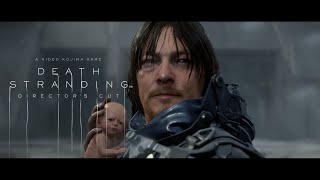 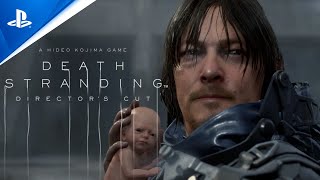 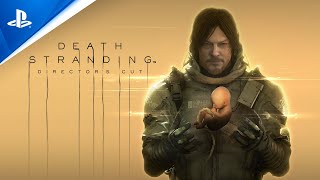