Resurrected overlays upgraded 3D models atop the original Diablo II's 2D sprites, and is designed to toggle between the legacy and upgraded visuals with a button press. The addition of a Shared Stash lets players transfer items between their own characters, as compared with the original game, which involved a tertiary "mule" character to facilitate the transfer. The remaster allows players to import save files from the original Diablo II in local single-player and continue from that point. Unlike the original Diablo II, Resurrected allows the secret cow level, also known as the Moo Moo Farm, to be infinitely repeatable by players. Unlike the original however, neither open battlenet or tcp/ip are supported. Diablo II: Resurrected has the same plot as the original game. Diablo II: Resurrected's development began around 2019, as a joint effort between Blizzard's Diablo team and Vicarious Visions, at the time a subsidiary under Blizzard's corporate sibling Activision. Allen Brack, Vicarious Visions was responsible for handling the front-end and 3D client while Blizzard handled the back-end server and Battle.net integration aspects of the remaster. About a month before the February 2021 announcement of the game, Activision announced that Vicarious Visions had been transferred and moved into Blizzard's corporate structure. They were able to recover most of the code and assets through copies that employees of Blizzard North had taken home with them or other means, but the Schaefers felt there were still too many pieces missing to fully remaster the game. However, according to Blizzard's current Diablo lead Rod Fergusson and principal designer Rob Gallerani, the missing data was not as bad as the Schaefers had implied. After assessing what was missing Blizzard decided they had enough to proceed with the remaster, with capabilities to recreate any missing assets and redraw the existing assets in higher definition with help of the original artists and animators from the game. The remaster's design philosophy required the game to be identical to what legacy players remembered. 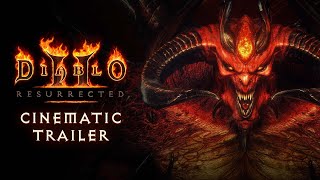