Australian English is a major variety of the English language spoken throughout Australia. The vocabulary of Australia is drawn from many sources, including various dialects of British English as well as Gaelic languages, some Indigenous Australian languages, and Polynesian languages. One of the first dictionaries of Australian slang was Karl Lentzner's Dictionary of the Slang-English of Australia and of Some Mixed Languages in 1892. It has been claimed that, in recent times, the popularity of the Barry McKenzie character, played on screen by Barry Crocker, and in particular of the soap opera Neighbours, led to a "huge shift in the attitude towards Australian English in the UK", with such phrases as "chunder", "liquid laugh" and "technicolour yawn" all becoming well known as a result. The origins of some of the words are disputed. Some elements of Aboriginal languages have been incorporated into Australian English, mainly as names for flora and fauna . Some examples are cooee and yakka. For example: a creek in Australia , is any "stream or small river", whereas in England it is a small watercourse flowing into the sea; paddock is the Australian word for "field", while in England it is a small enclosure for livestock. Australian English and several British English dialects use the word mate to mean a friend, rather than the conventional meaning of "a spouse", although this usage has also become common in some other varieties of English. Rhyming slang is more common in older generations though modern examples exist amongst some social groupings. One confusing matter is that five shillings prior to decimal currency was called a "Dollar", in reference to the Spanish Dollar and "Holey Dollar" which circulated at a value of five shillings, but the Australian Dollar at the introduction of decimal currency was fixed at 10 shillings. Australia has four codes of football, rugby league, rugby union, Australian rules football, and Association football. Australian rules football is commonly referred to as "Aussie Rules" throughout Australia, but may also in Victoria and South Australia be loosely called "footy" outside the context of the Australian Football League. Association football was long known as "soccer" in Australia and still persists. Association Football in Australia is called "football'" only when mentioned in conjunction with a specific league, such as the A-League or Premier League, otherwise "football" on its own means either Australian football or rugby on its own depending on the region of Australia. Bookie is, in Australia as elsewhere, a common term for an on-course bookmaker, but "metallician" was once a common synonym. Where British and American vocabulary differs, Australians sometimes favour a usage different from both varieties, as with footpath , capsicum , or doona from a trademarked brand. In other instances, it either shares a term with American English, as with truck or eggplant , or with British English, as with mobile phone or bonnet . Terms shared by British and American English but not so commonly found in Australian English include : abroad ; cooler/ice box ; flip-flops ; pickup truck ; wildfire . Australian English is particularly divergent from other varieties with respect to geographical terminology, due to the country's unique geography. Pants in Australian English follows American usage in reference to British English trousers but in British English refer to Australian English underpants; vest in Australian English pass also in American refers to British English waistcoat but in British English refers to Australian English singlet. 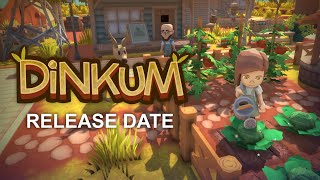