1
Backlog
The game takes place in a large city still recovering from a war decades prior to the game's start, with players taking the role of an amnesiac detective who has been tasked with solving a murder mystery.
First Release March 30, 2021
Last Release October 12, 2021
Posts Ratings Similar List ⋮

The game takes place in a large city still recovering from a war decades prior to the game's start, with players taking the role of an amnesiac detective who has been tasked with solving a murder mystery. The game is based on a tabletop role-playing game setting that Kurvitz had previously created, with him forming ZA/UM in 2016 to work on the game. The player takes the role of a detective, who suffers from alcohol and drug-induced amnesia, on a murder case. Early in the game they gain a partner, Kim Kitsuragi, another detective who acts as the protagonist's voice of professionalism and who may be able to offer advice or support in certain dialog options. The choice of clothing that the player equips on the player-character can impart both positive and negative effects on certain skills. Likewise, high Electrochemistry shields the player character from the negative effects of drugs and provides knowledge on them, but may also lead to substance abuse and other self-destructive behaviors. Disco Elysium features a secondary inventory system known as the "Thought Cabinet". The player is then able to "internalize" a thought through a certain amount of in-game hours, which, once completed, grants the player character permanent benefits but also occasionally negative effects, a concept that ZA/UM compared to the trait system used in the Fallout series. For example, an early possible option for the Thought Cabinet is the "Hobocop" thought, in which the character ponders the option of living on the streets to save money, which reduces the character's composure with other NPCs while the thought is internalized. When the character has completed the Hobocop thought, it allows them to find more junk on the streets that can be sold for money. The 24 skills also play into the dialogue trees, creating a situation where the player-character may have an internal debate with one aspect of their mind or body, creating the idea that the player is communicating with a fragmented persona. For example, the Inland Empire, a subskill of the Psyche, is described by ZA/UM as a representation of the intensity of the soul, and may come into situations where the player-character may need to pass themselves off under a fake identity with the conviction behind that stance, should the player accept this suggestion when debating with Inland Empire. Disco Elysium takes place in the fantastic realist world of Elysium, developed by Kurvitz and his team in the years prior, which includes a fleshed-out six-thousand-year history of conflicts, with the game taking place during the setting's most modern period, known as "The Fifties". 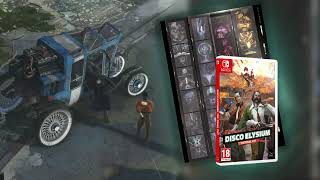 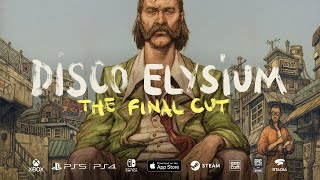 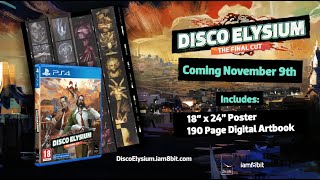 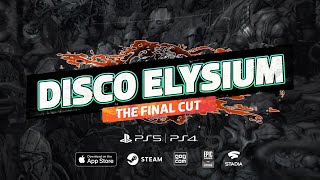