To expand that, they have sent one of their members, the player-character, into the real universe as to construct a Dyson sphere from resources in a nearby star cluster that will supply that power. The game generates a random star cluster that includes stars and their orbiting planets and moons with various resources based on biome type at the start of a new game, and designates one planet with the more fundamental resources for the player to start at. Products also are used to progress research into new technologies that expand the range of components and buildings that can be made as well as the capabilities of the mechanized suit, which also must be kept powered to continue to expand production. Eventually, these allow the player to leave the starting planet and begin developing factories to harvest more exotic resources from other planets which can then be transported across the star system, ultimately leading to the moment where components for the Dyson sphere are finally constructed and launched into their target orbit. Dyson Sphere Program was developed by the five-member team of Youthcat Studio, located in Chongqing, China. They were inspired by the space-based 4x game Stellaris, which included the construction of Dyson spheres as part of its gameplay, and had thought about a game concept of building a Dyson sphere piece by piece. Youthcat Studio said their intention was to have about a year of development in the early access period before considering the game complete. Planned features include adding combat against hostiles on various planets and the ability to customize the mechanized suit. Within four days of going live with early access on Steam and WeGame, Youthcat reported they had sold over 200,000 copies, and over 350,000 by the first week. It was the top-selling game on Steam the week of its debut. 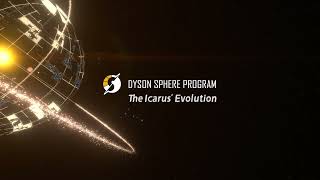 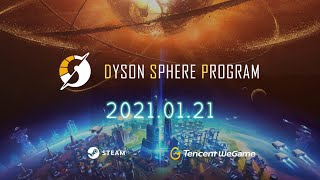