Earth Defense Force 2025 is a third-person shooter developed by Sandlot and published by D3 Publisher, for the PlayStation 3 and Xbox 360. To fight these alien forces the player can access several weapons in the game, ranging from assault rifles and sniper rifles to rocket launchers, grenades, and laser weapons. Only two weapons may be selected for each mission with the exception of the Fencer, who can have four weapons, and the Air Raider, which can have three. There is no penalty for collateral damage that is inflicted on the environment by the player, for instance when buildings crumble after sustaining a few hits from a rocket launcher or grenade. More effective weapons are dropped by the enemies in the game at the higher difficulty levels, encouraging players to repeat the missions. In addition to weapons, armor enhancements which function as permanent maximum health bonuses are dropped along with healing items. The Earth Defense Force, a unified multinational military sponsored by nearly every country, is founded after detecting an impending alien visit in case the aliens prove to be hostile. In the year 2017, that proved to be true and the EDF fought against the Ravagers, an alien race that attacked Earth with giant insect-like creatures, UFOs, robots and gigantic, 120-foot-tall lizard-like creatures. They were originally announced as bonuses for pre-orders of the Japanese version, including exclusive content for purchasing the game at some web retailers. The content is also available for free on PlayStation Store and Xbox Marketplace as of 2015 in a special bundle named "Unstoppable Shooter Satisfaction Pack" or as four separate bundles, one for each class . In Japan, Famitsu gave it a score of one nine, two eights, and one nine for the PlayStation 3 and Xbox 360 versions; and all four eights for the PlayStation 4 version. James Cunningham of Hardcore Gamer called the PS3 version "a fantastic example of everything that makes pure action gaming so much fun, packed with replay value and over the top set pieces, and a more than worthy sequel that tops its predecessor in every way." Forbes gave the PS4 version a score of eight out of ten and called it "a raucous and fun shooter with a different as well as more open ended approach compared to the more scripted movie wannabe type games out there. 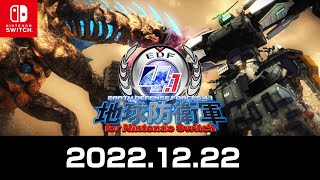