1
Backlog
It has spawned a number of spin-off media, including books and video games, as well as a sequel, EverQuest II, which launched in 2004.
Posts Ratings Similar List ⋮

It has spawned a number of spin-off media, including books and video games, as well as a sequel, EverQuest II, which launched in 2004. Many of the elements in EverQuest have been drawn from text-based MUD games, particularly DikuMUDs, which in turn were inspired by traditional role-playing games such as Dungeons & Dragons. Customization of the character facial appearance is available at creation . Players move their character throughout the medieval fantasy world of Norrath, often fighting monsters and enemies for treasure and experience points, and optionally mastering trade skills. Experience and prestigious equipment can also be obtained by completing quests given out by non-player characters found throughout the land. EverQuest allows players to interact with other people through role-play, joining player guilds, and dueling other players combat on the PvP-specific server, specified arena zones and through agreed upon dueling). The game-world of EverQuest consists of over five hundred zones. Multiple instances of the world exist on various servers. Each class falls within one of four general categories based on playstyle and the type of abilities they use, with certain classes being restricted to particular races. Melee classes are those which fight at close quarters and often use direct physical attacks as opposed to magic. Include the Warrior, a tank-based character which wears heavy armor and is designed to take damage for its group using a taunt ability; the Monk, a character which uses a combination of martial arts and barehanded fighting techniques; the Rogue, a combination of thief and assassin classes which can sneak and hide in the shadows as well as steal from enemies; and the Berserker, a strong fighter who specialize in two-handed weapons such as axes and are able to enter a state of increased fury and power. Priest classes are primarily healers who learn magic that can heal their allies or themselves. The Priest classes are made up of the Cleric, a heavily specialized support class that wears heavy armor and is adept at healing and strengthening their allies; the Druid, a magic-user who draws power from nature which can restore the vitality and magic power of their teammates; and the Shaman, tribal warriors who draw upon the spirit realm to heal, empower those around them, and weaken their enemies. Casters are magic-users and sorcerers which wear light armor but command powerful spells. Those among them include the Wizard, a specialized damage-dealing class which uses the power of fire, ice, and pure magic energy for devastating effect as well as teleportation abilities; the Magician, a summoner who is able to call upon elemental servants which aid them in dealing damage; the Necromancer, a dark caster who uses the power of disease and poison to wither away their opponents while commanding undead allies to aid them; and the Enchanter, an illusionist who can take on many forms, support allies with strengthening spells, and pacify enemies with mesmerizing abilities. Hybrid classes are those which can perform multiple roles or have abilities of various types. Include Paladins, knights who possess the ability to take damage or heal with magic or laying on of hands; Shadowknights, dark warriors who use a combination of melee attacks and disease/poison abilities to damage foes as well as take damage for the party; the Bard, a minstrel who is able to use magical songs for a number of effects - including damaging enemies, strengthening allies, and improving the movement speed of themselves and others; Rangers, protectors of nature who learn healing and support magic in addition to being able to damage enemies in close combat or at a distance with bows and arrows; and Beastlords, primal fighters who are constantly joined by their animal wards which help them deal damage, and can assist their teammates with healing and support skills. There are several deities in EverQuest who each have a certain area of responsibility and play a role in the backstory of the game setting. One of the most popular zones in the game is the Plane of Knowledge, one of the few zones in which all races and classes can coexist harmoniously without interference. The Plane of Knowledge is also home to portals to many other zones, including portals to other planes and to the outskirts of nearly every starting city. EverQuest began as a concept by John Smedley in 1996. 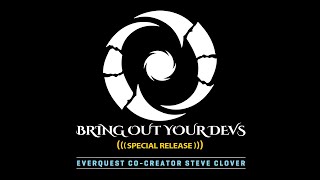 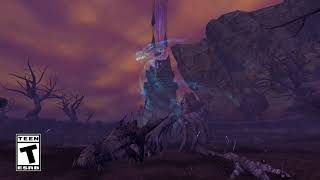 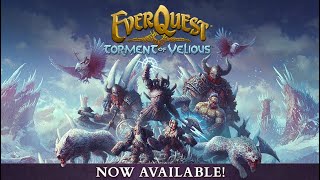 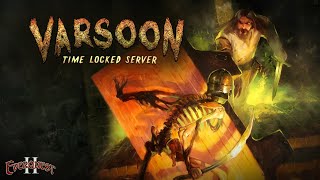 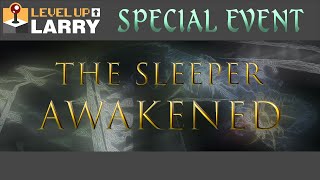