Backlog
The literal term "fallen angel" appears neither in the Bible nor in other Abrahamic scriptures, but is used to describe angels cast out of heaven or angels who sinned.
First Release October 22, 2020
Last Release July 19, 2022
Posts Ratings Similar List ⋮

The literal term "fallen angel" appears neither in the Bible nor in other Abrahamic scriptures, but is used to describe angels cast out of heaven or angels who sinned. Such angels often tempt humans to sin. The idea of fallen angels derived from the Book of Enoch, a Jewish pseudepigraph, or the assumption that the "sons of God" mentioned in Genesis 6:1–4 are angels. In the period immediately preceding the composition of the New Testament, some sects of Judaism, as well as many Christian Church Fathers, identified these same "sons of God" as fallen angels. During the late Second Temple period the Biblical giants were sometimes considered the monstrous offspring of fallen angels and human women. In such accounts, God sends the Great Deluge to purge the world of these creatures; their bodies are destroyed, yet their peculiar souls survive, henceforth roaming the earth as demons. Rabbinic Judaism and Christian authorities after the third century rejected the Enochian writings and the notion of an illicit union between angels and women producing giants. Christian theology indicates the sins of fallen angels occur before the beginning of human history. Accordingly, fallen angels became identified with those led by Satan in rebellion against God, also equated with demons. Evidence for the belief in fallen angels among Muslims can be traced back to reports attributed to some of the companions of Muhammad, such as Ibn Abbas and Abdullah ibn Masud . At the same time, some Islamic scholars opposed the assumption of fallen angels by stressing out the piety of angels supported by verses of Quran, such as 16:49 and 66:6, although none of these verses declare angels as immune from sin. One of the first opponents of fallen angels was the early and influential Islamic ascetic Hasan of Basra . 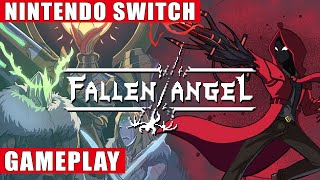 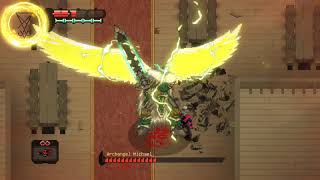