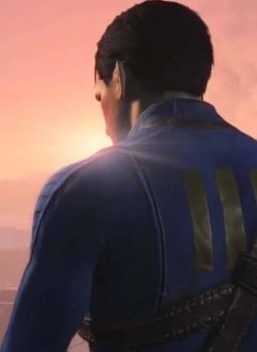 www.thesixthaxis.com
Bethesda has released a few new screenshots for the Fallout 76 Wastelanders update, specifically in this instance the new location of Watoga Underground. The screenshots show what was supposed to be a vast underground city comprised of walkways while cars were stored in tiered garages instead of taking up space. Of course, before the city could come to life in the way it was intended the nukes flew and everything changed. Now Watoga Underground is a much more dangerous place to venture than it should have been with errant car parking being the least of player’s worries. In addition to these new screenshots of Watoga Underground Bethesda has also confirmed the dates of the next Double XP event. Start:Â January 9 at 12pm ET End:Â January 13 at 12pm ET. It was back in June that Bethesda announced the Wastelanders update for Fallout 76, a free content upgrade that was to add human NPCs to interact with, a new questline that would be impacted by choices depending on your faction loyalties, and a battle royale mode called Nuclear Winter where up to 52 players would fight against each other in teams of four with the addition of scavenging and building. A bit like Fortnite. However, in October Bethesda announced it was delaying the deployment of the Wastelanders update due to requiring more time. In the statement Bethesda said: Weâ€™ve been hard at work on Fallout 76 this year, including our biggest free update yet, Wastelanders. Weâ€™re excited about how Wastelanders is coming together but itâ€™s going to need more time to be the best, most polished update it can be, so we are delaying its release to Q1 next year. Weâ€™ve continued to re-evaluate and change our processes to make sure the work weâ€™re doing hits our quality bar, and yours. We apologize for this delay but know it will be worth the extra time. While Q1 2020 is still the time in which the update is expected there’s no concrete date as of yet. Source: Bethesda