It is the sixth main installment in the Far Cry series and the successor to 2018's Far Cry 5. Set on the fictional Caribbean island of Yara, ruled as a dictatorship by "El Presidente" Antón Castillo who is raising his son Diego to follow in his rule, players take on the role of guerilla fighter Dani Rojas , attempting to topple Castillo and his regime. The game received a generally positive reception, with critics praising its small improvements to the series gameplay formula, but criticizing its story, lack of innovation, and aging design. Similar to the previous entries in the series, Far Cry 6 is an action-adventure first-person shooter game set in an open world environment which the player can navigate on foot or via using various land, water, and air vehicles. Firearms can be customized using materials found throughout the world. In a new addition to the series, the game features several prototypes of special weaponry, called "Resolver weapons", each offering a certain perk to the player's loadout, for example a silent close-range nailgun or a sling-shot projectile weapon which fires CDs. Unlike the previous titles in the series, players are able to holster weapons; as a result, enemy NPCs will not attack the player on sight, unless within restricted areas. The game introduces a "Rank Level" system which indicates the player's rank and highlights the level of a specific region. As the game progresses and the player explores more of the world, enemy forces will be equipped with more powerful gear and target locations become more heavily fortified. Like previous games in the series, outposts are scattered throughout the world, allowing the player to kill or neutralize the enemy presence to reduce the dominance of forces in a particular area. The notoriety meter can be reduced by fleeing combat and staying hidden for a specific period of time. The player has the ability to construct and upgrade guerrilla bases called "Camp Facilities", which provide useful resources and in-game bonuses to increase the skillset of the character, specialize perks in hunting animals, unlock fast travel locations throughout Yara, enlist new recruits and manage their equipment, or launch friendly NPC operations. The game's version of Far Cry 5's "Fangs for Hire" companion system returns, called "Amigos", which features recruitable animals with a variety of abilities and perks tasked to assist the player in combat and exploration. Far Cry 6 takes place in 2021 on the fictional Caribbean island of Yara, evocative of Cuba and described as "the largest Far Cry playground to date". Yara's dictatorial military junta is headed by "El Presidente" Antón Castillo , who is guiding his son Diego to succeed him. The player takes the role of a local Yaran rebel named Dani Rojas, a former conscript in the Yaran military turned guerrilla fighting for freedom who attempts to restore their nation to its former glory. The player can select Dani's gender at the start of the game. In 1967, a guerrilla uprising overthrows the dictator President Gabriel Castillo, leading to Yara's economic collapse; in 2014, his son Antón is elected president and promises stability with the creation of "Viviro", a new cancer treatment drug developed from Yara's tobacco. 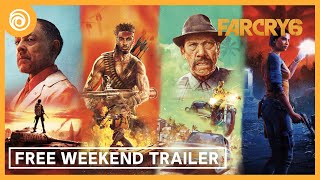 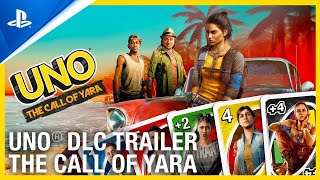 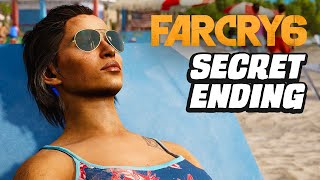