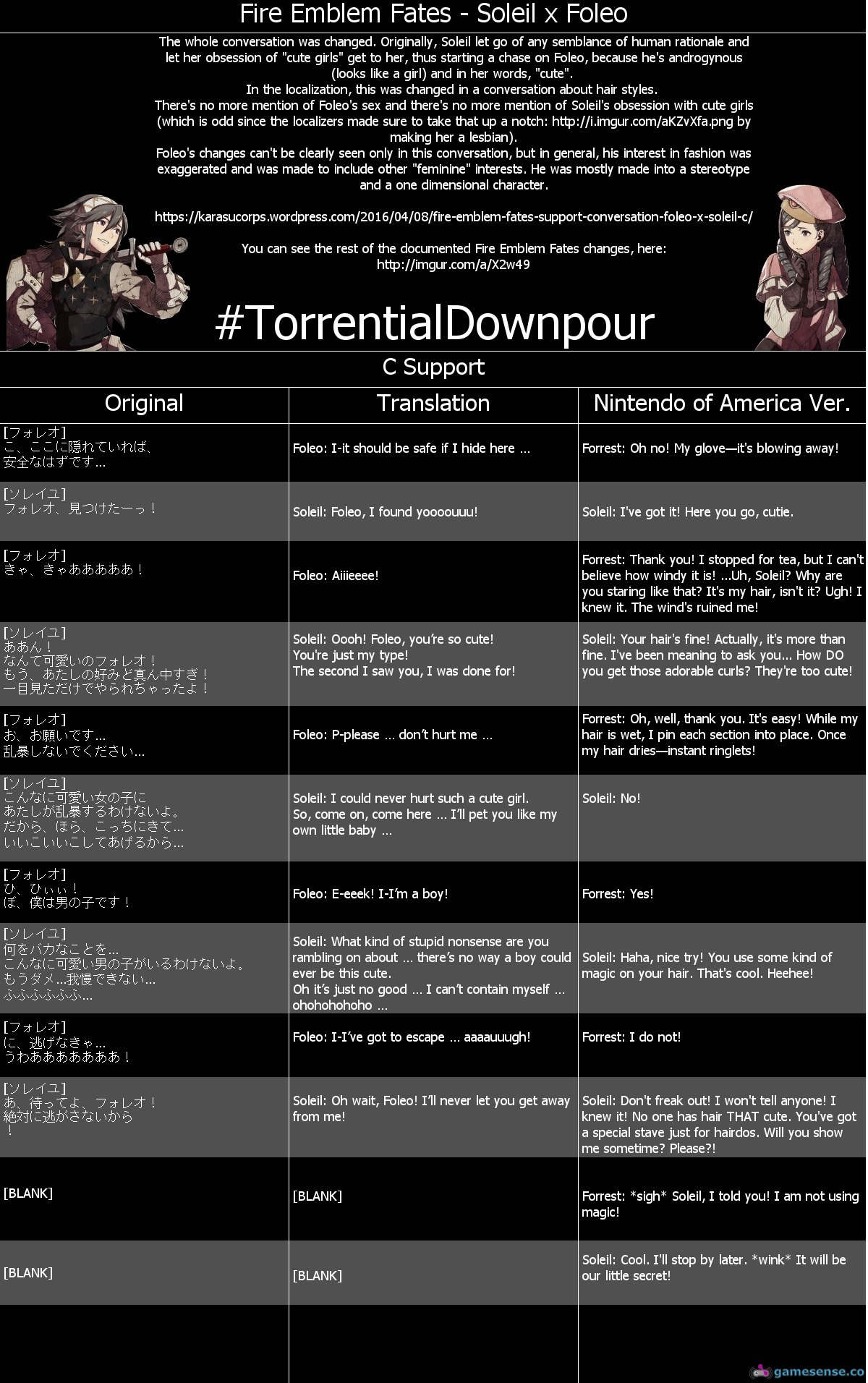 0
The image explains it well, but this is really a mess. The entire tone of the conversation is changed. And worse, it looks like when they localized it, they kept adding these awkward references to clothing and hair. Originally, this conversation was supposed to be about Soleil's obsession with cute girls, but instead it was changed to talking about gloves and hair. Worse, they added speech at the end of the conversation that wasn't in the original. And it's so bad it even has emotes. As an added insult to gamers who care about localization, Nintendo Treehouse removed references of head patting and petting from the translation, which, if you're not aware, was a feature that was severely restricted in the North American version.