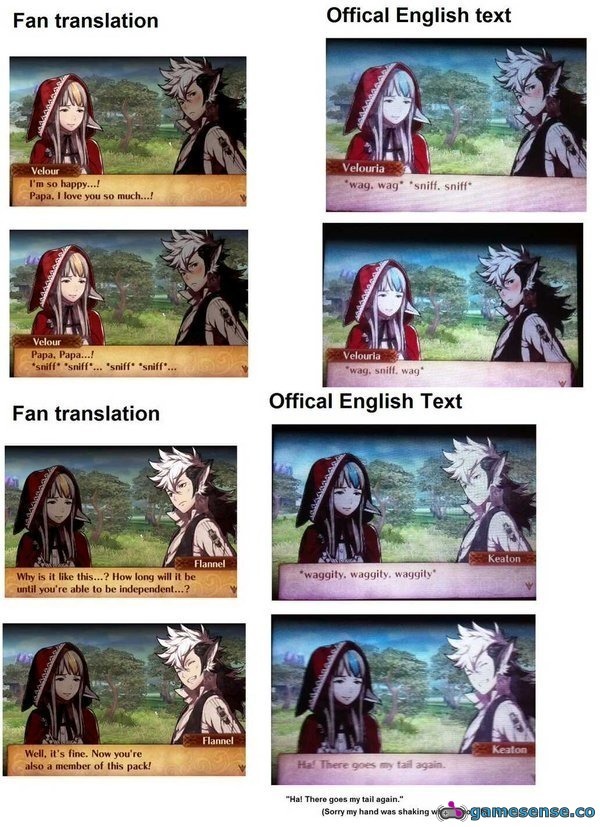 0
The official translation for North America is so lazy, they managed to replace an entire emotional conversation regarding someone being adopted into a pack with *wag*, *sniff*, and *waggity waggity*.