Since the release of the original Front Mission in 1995, the series has gone on to encompass several media, including film, manga, novels, radio dramas, mobile phone applications, and toys. Taking place during the 21st and 22nd centuries, the series revolves around military conflicts and political tension between powerful supranational unions and their member states. Although the Front Mission video games use self-contained, standalone stories, these tie into a greater overarching storyline that encompasses the entire series. There are two types of Front Mission installments: the numbered entries and the non-numbered entries. Since 1995, the Front Mission series has released 11 video games, seven of which are main entries and the other four are spin-off entries. Additionally, the series has spawned a number of video game ports, remakes, and compilations over its 15-year history. Front Mission 3 was the first entry to receive both a North American and European localization on March 22, 2000 and August 11, 2000 respectively.Front Mission 4 became the second entry to undergo an English localization and was released in North America on June 15, 2004. A three-year gap followed before the localization of the Nintendo DS port of Front Mission First, which saw a release in North America on October 23, 2007. This marked the third time that a Front Mission title was localized for the North American region. Each part has a specific function and its own health bar. The legs parts enable movement and evasion, the arm parts are necessary to use hand and shoulder weapons, and the body part maintains the wanzer's operability. 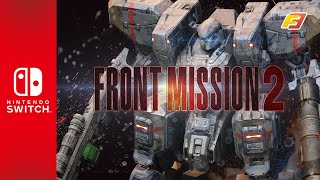