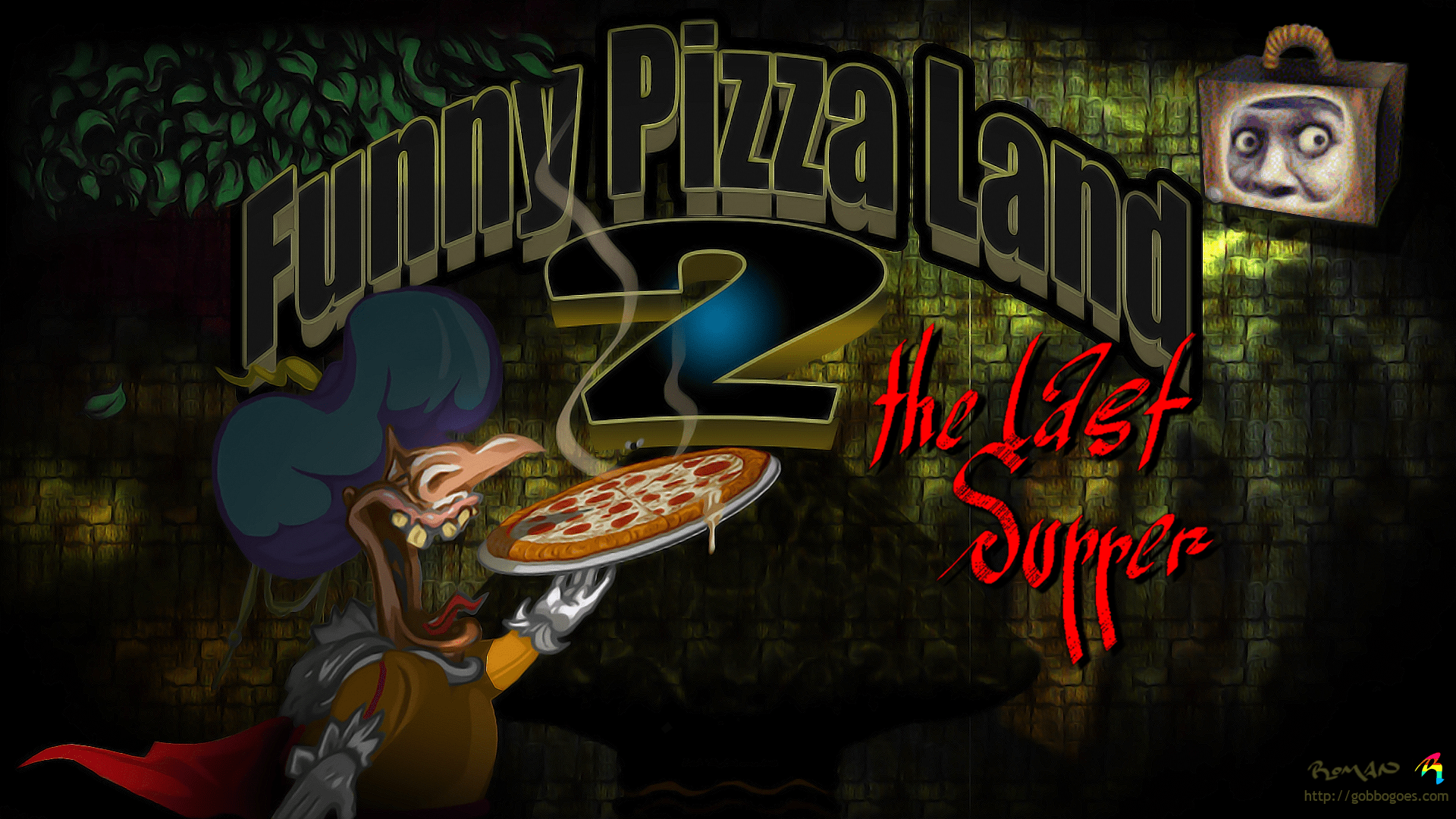 Uncover the truth behind the legend of PIZZALAND and save the dark comedy world of this funny point & click adventure.

It's the year 1632: The king's official cook, a guy called Pedro has one day the ambitious plans to create another delicious PIZZA.
But dealings of the dark side of the freaky world of PIZZALAND will soon cross his way.

Forget everything you've ever heard about Pizza Making,
a with food obsessed chef like Pedro has to go the crazy way!
Solve many story driven puzzles and let him (nickname 'potato pilgrim') involuntarily uncover the truth behind the legend of PIZZALAND.
In classic point & click manner with verb interface, text-output only and hand-drawn graphics you have to close the chapter of this dark comedy world like a painting one time forever.

FunnyPizzaLand 2 is a Prequel to FunnyPizzaLand,
a game that was already released back in 2002.
It tells the story of a distant relative of the main character and gives the player
insights in all major events nearly 400 years before the original game.
Understand how it all began, but no worries, you can directly dive in
because it's also meant to be played independently.

Solo dev Roman is dying for his art. Every slice of Pizza, every fly,
- the world of FunnyPizzaLand 2 has been put together by him.

Key Features:
. Many jokes that are so stupid they are actually funny
. Hand-drawn graphics in Full HD with classical sprite animations and tons of real time effects
. Prequel to FunnyPizzaLand from 2002
. Nonlinear gameplay and full liberty in the extensive world of PIZZALAND
. Classic verb interface for maximum control
. Unique mumblings instead of voices for the characters
. Chilling vibes in an unusual place
. It's "Comedy Interactive" and a new playable form of visual art
. Playtime: A couple of hours for pros, a lifetime for really bad gamers (without having fun inclusive...) Rate how you feel this post affects FunnyPizzaLand 2 to change it score. GameSense.co lets you change video game scores by reacting to how you feel posts affect a game.