4
Backlog
Collecting this allows the goat to restart the game with various modifiers in play, such as changing the goat model to a demon goat, a giraffe, or an ostrich, or adding a jetpack to the goat that can be activated at any time.
First Release April 1, 2014
Last Release August 11, 2015
Posts Ratings Similar List ⋮

Goat Simulator is a third-person perspective action video game developed and published by Coffee Stain Studios. The game has been compared by the developer as akin to skateboarding games, but where the player controls a goat aimed at doing as much damage as possible around an open world map, without any other larger goals. At any time, the player can let the goat drop into a ragdoll model, allowing the game's physics to take over, and Another control makes the game run in slow-motion. A number of environmental features allow the player to manipulate the goat into stunts such as bouncing off trampolines or launching the goat into the air through large fans. Collecting this allows the goat to restart the game with various modifiers in play, such as changing the goat model to a demon goat, a giraffe, or an ostrich, or adding a jetpack to the goat that can be activated at any time. Various easter eggs are scattered about the sandbox, such as a castle where one can become the Queen of all Goats, or where the goat character gains a move similar to Sonic the Hedgehog's spin attack. The game's lead developer Armin Ibrisagic noted after release that the game's setting is a parody of the concept of Purgatory, having left references to Heaven and Hell that were later found by fans. The title itself plays off DayZ as well as a play on the Internet meme goatse.cx. In a cross-promotional "GoatBread" update with Bossa Studios' I am Bread to be offered in late 2015, a free update to Goat Simulator will allow the players to select a piece of bread as their avatar, while I am Bread will add in a "Rampage" mode based on Goat Simulator. Another add-on, the "Super Secret DLC" package part of a cross-promotion with Overkill Software's Payday 2; the Payday-inspired content for Goat Simulator included additional playable characters including a camel, flamingo, and a dolphin in a wheelchair, while Goat Simulator content will be added to Payday 2. It's easier to get out and market, it's easier to show what you're doing" adding that "People are tired of explosions and dubstep music. 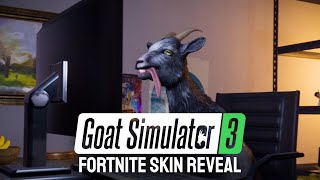 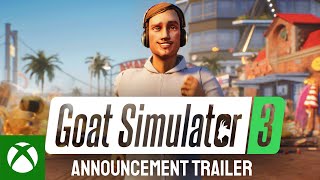 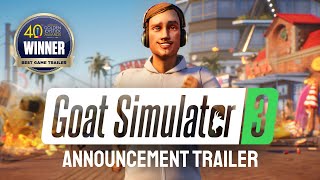