3
Backlog
One of the biggest bullet points of the 3 DLC packs is the permanent inclusion of the three costumes Kat dons within the missions.
First Release February 9, 2012
Last Release February 5, 2016
Posts Ratings Similar List ⋮

The game is set in the floating city of Hekseville. The player first presses the R button to make the character float, then aims somewhere by tilting the console or moving the right analog stick, and finally presses the R button again to "fall" in that direction until landing on something—be it a wall, a moving ship, the underside of a ledge, or the ground. The Japanese gaming magazine Famitsu gave the game 10, 9, 9 and 10, adding up to a total of 38 out of 40, making it the magazine's highest-rated PS Vita game. Toyama, when asked what the team reaction was about this, said "We had mixed feelings, actually. The short teaser trailer showed a vast vertical floating city , improved graphics and possible adversaries or allies. One of the biggest bullet points of the 3 DLC packs is the permanent inclusion of the three costumes Kat dons within the missions. A remastered version of the game, developed by Bluepoint Games, was released for the PlayStation 4 in December 2015 in Japan and February 2016 in North America and Europe. 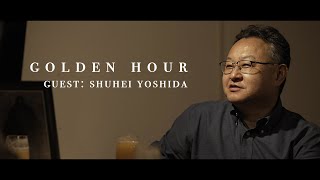