Backlog
The game's narrative serves as a metaphor for the character's struggle with psychosis, as Senua, who suffers from the condition but believes it to be a curse, is haunted by an entity known as the "Darkness", voices in her head known as "Furies", and memories from her past.
Posts Ratings Similar List ⋮

Set in a dark fantasy world inspired by Norse mythology and Celtic culture, the game follows Senua, a Pict warrior who must make her way to Helheim by defeating otherworldly entities and facing their challenges, in order to rescue the soul of her dead lover from the goddess Hela. The game's narrative serves as a metaphor for the character's struggle with psychosis, as Senua, who suffers from the condition but believes it to be a curse, is haunted by an entity known as the "Darkness", voices in her head known as "Furies", and memories from her past. To properly represent psychosis, developers worked closely with neuroscientists, mental health specialists, and people living with the condition. Hellblade was a commercial success and was well-received by critics, who praised it as a work of art and applauded its uncommon choice of revolving around psychosis, the quality and uniqueness of its approach of the condition, and its story and main character. Those parts focus on either story via voiceover, as Senua travels from one location to another, or the resolution of a puzzle or challenge of some kind to progress further. If she uses her focus on totems hidden throughout the game, it triggers a memory via voice-over of her friend Druth telling her of the stories of the Norsemen; activating all forty-four of them triggers a bonus cutscene shortly before the game's climax, that extends on Druth's backstory. If Senua suffers a strong hit, or several hits in a row, she falls to the ground, and the player must press the corresponding button repeatedly as fast as possible before an enemy deals her a fatal blow; if she does not get back up in time, she dies. The nature of most apparitions, events witnessed, or voices heard, is purposely left unclear, and can be interpreted as either an actual apparition by a spirit, a memory of Senua, or a trick created by the Darkness or one of the deceptive creatures she has to face. As such, the clues given during the game are not always reliable : certain Furies try to demotivate Senua, or give false indications such as telling her she took the wrong way, or that she is walking into a trap. Set in the late 8th century, the game starts with Senua , a Pict warrior from Orkney arriving at the border of Helheim in a quest to save the soul of her dead lover, Dillion , from the goddess Hela. Senua believes she suffers from a curse that causes her to hear the voices of spirits, referred to as "Furies", in her head, the most notable of which is the Narrator , who is aware of the player's presence and often breaks the fourth wall by talking to them directly. She is followed by the Darkness , a dark entity at the core of the curse. 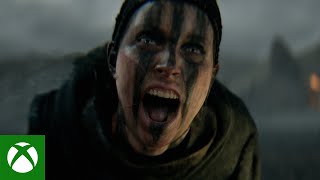