Hogwarts Legacy is an upcoming open-world, action role-playing video game set in the late 1800s in the Wizarding World being developed by Avalanche Software and published by Warner Bros. The player will be allowed to choose their Hogwarts House and attend classes at Hogwarts School of Witchcraft and Wizardry, and explore an open world consisting of locations including the Forbidden Forest and Hogsmeade Village. In the game, the player character will learn to cast various magical spells, brew potions, tame magical beasts, and master other combat abilities. Players will also be able to customize their character's voice, body type, and whether they are a witch or wizard. The game is currently being developed by Avalanche Software, which was acquired by Warner Bros. In the same year, Warner Bros. established a new publishing label named Portkey Games, which was dedicated to managing the Wizarding World license. However, on January 13, 2021, it was announced that the game would be delayed until 2022. The game is being built using the Unreal Engine. 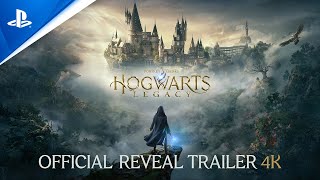