Hohokum is an art video game by developer Honeyslug in collaboration with British artist Richard Hogg and Sony Santa Monica and published by Sony for PlayStation 3, PlayStation 4, and PlayStation Vita. For example, a ball resembling a dandelion releases its spores when circled, but the player has to follow the floating spores to realize that other villagers use the spores as a vehicle. The game communicates with visual and audial cues, and uses few of the standard controller buttons: two buttons slow or accelerate the Long Mover, and the triggers make it wiggle for a boost. The two discussed making a game and began to collaborate when Hogg sent images to Haggett, who was experimenting with Adobe Flash. For instance, Hogg would give unplanned drawings to Haggett, who would work the art into the game, or Haggett would envision something and ask Haggett to make it "look nice". Hogg was not as involved in the "nitty-gritty of gameplay and puzzle mechanics" due to his skill set. His interest in mixed metaphors and making the familiar seem unfamiliar is one of the game's guiding philosophies. The name of the snakelike Long Mover is a reference to a snake in a skit by British comedy troupe The Mighty Boosh. Ghostly's soundtrack is part licensed tracks and part original compositions. and Sound Shapes and wrote that it was designed for simultaneous "sensory overload and hypnotizing lack of substance". He said that the game was "too strange and quirky" to be "gorgeous", but otherwise beautiful. Josiah Renaudin of Gamespot similarly appreciated its creativity. Whittaker also praised the soundtrack as one of the game's best parts, and thought it to be among the best game soundtracks of the year. 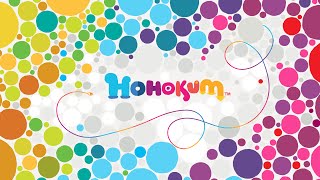