A sequel to Horizon Zero Dawn , it features an open world in a post-apocalyptic western United States. Horizon Forbidden West is an action role-playing game played from the third-person perspective. Set in an open world located in post-apocalyptic California, Utah and Nevada, the game will explore the mysterious frontier known as the Forbidden West. The map will be larger than in the previous game, filled with secrets that lie beneath ruins from the world of the Old Ones. The game will feature a multitude of recognizable locations including a ruined San Francisco and the Yosemite Valley with various biomes. One of the main additions to the sequel is the element of underwater exploration. Players will be able to uncover the mysteries beneath the surface of seas, lakes and rivers. The game will also feature enhanced melee combat, revamped climbing mechanics and improved traversal options over the original game with the addition of the Valor Surge system, freeform climbing and tools such as the Shieldwing, Focus Scanner, Diving Mask and Pullcaster. Horizon Forbidden West continues the story of Aloy, a young huntress of the Nora tribe sent on a quest to the arcane frontier known as the Forbidden West to find the source of a mysterious plague that kills all it infects. She also discovers a vast array of environments and ecosystems, including lush valleys, dry deserts, snowy mountains, tropical beaches and ruined cities, both above and below the water. Horizon Forbidden West is a sequel to 2017's Horizon Zero Dawn. It is being developed by Guerrilla Games and will be published by Sony Interactive Entertainment for the PlayStation 4 and PlayStation 5. The game director is Mathijs de Jonge whilst the narrative director is Benjamin McCaw.The Flight , Joris de Man, and Niels van de Leest are set to return to compose an original score for the game alongside Oleksa Lozowchuk.Ashly Burch, Lance Reddick and John Hopkins reprise their roles as Aloy, Sylens and Erend, respectively. The PlayStation 5 version of Forbidden West will take advantage of the console's increased processing power, custom solid state drive storage, Tempest Engine and DualSense controller to support features such as advanced haptic feedback, 3D spatial audio, enhanced lighting, improved visual effects and reduced loading times. 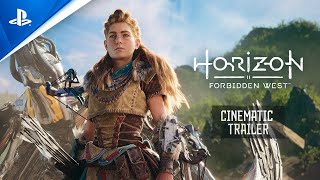 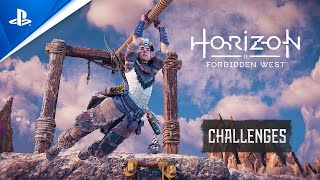 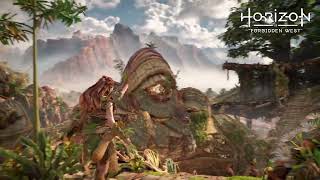 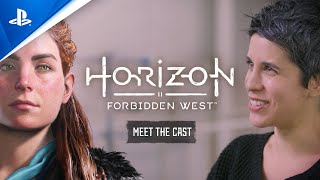 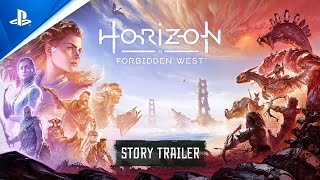 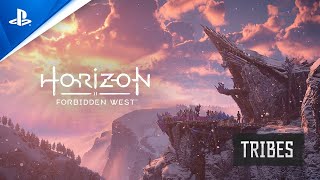 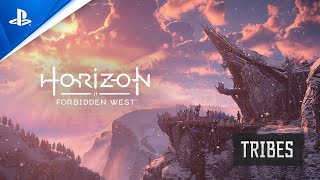 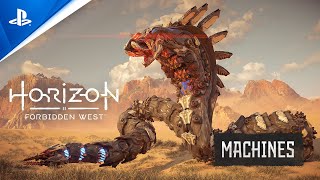 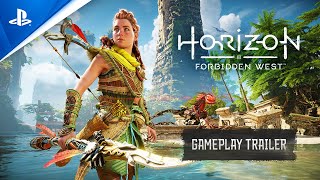 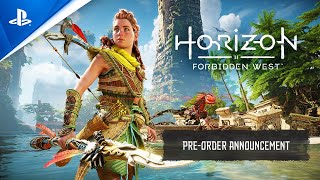