Backlog
When the player loses, the dealer sacrifices the player by using a magic camera to turn them into a "death card" which becomes available in subsequent playthroughs.
First Release October 19, 2021
Last Release August 30, 2022
Posts Ratings Similar List ⋮

The game is set in a cabin where the player tries to escape by beating a demonic force in a card game. He digs at the indicated site and finds a box with a floppy disc labeled Inscryption, which is a surprise to him as he was never aware of the card game being made into a computer version. The dealer intersperses game rounds with a story of the player traveling through the woods and encountering NPCs and bosses, which the dealer impersonates using wooden masks. When the player loses, the dealer sacrifices the player by using a magic camera to turn them into a "death card" which becomes available in subsequent playthroughs. As this happens, the player receives advice from one of their cards, the Stoat, who guides them into finding other talking cards, the Stinkbug and the Stunted Wolf. The three warn the player that the dealer has taken over the game and trapped them as well. They help the player solve puzzles around the cabin, eventually leading to the player finding a roll of film. The player finally defeats the dealer, steals his camera, and uses the film to capture the dealer into his own card. Able to explore the cabin more, the player finds the missing "New Game" button. Carder continues to play the game and starts a new game. Grimora then betrays the others and triggers a full format of the floppy disk in order to end their squabbles once and for all and destroy the disk's "OLD_DATA", which she describes as a malevolent force. 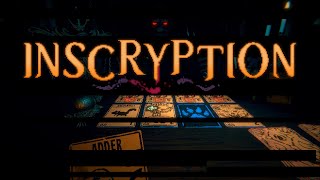 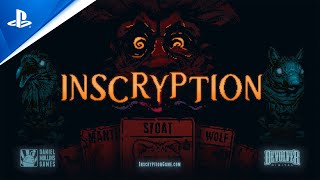 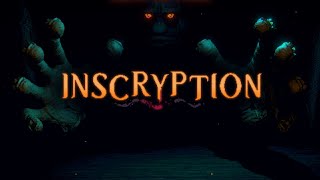 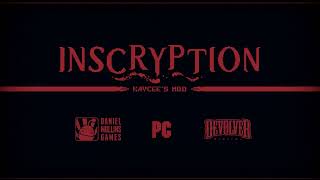