It is the third game in the series, after the initial title and Just Dance 2021, not to be announced at E3. Score feedback animations can now be customized with theme sets, and are now a toggable option, as well as victory celebrations, used for when the player finishes the song in single player or wins the song in multiplayer. Cross-progression is a new feature to the Just Dance series, allowing players to access songs , advance their player level, and unlock cosmetics across multiple platforms. The following songs appear on Just Dance 2023 Edition: Just Dance+ is an upcoming Just Dance subscription service set to launch alongside 2023 Edition. It will serve as a replacement for Just Dance Unlimited and is set to feature songs from previous Just Dance games alongside new exclusive songs. In an interview with JB Hi-Fi in November 2022, Just Dance brand director Amelie Louvet confirmed that 2023 Edition would be the final annual installment in the main series, with all post-launch content, including new songs, game modes and features, being added to the game through online updates "throughout the months and years following launch". 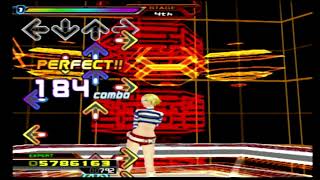 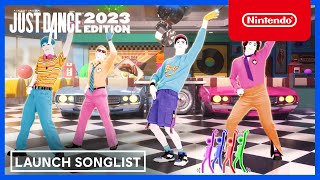