1
Backlog
Throughout the world, the player may discover spirit mail, which is used to unlock areas within the village and free the spirits within.
First Release August 14, 2021
Last Release September 21, 2021
Posts Ratings Similar List ⋮

The story follows Kena, a young spirit guide who uses her magical abilities to help deceased people move from the physical to the spirit world. They are tasked with collecting small spirit companions known as the Rot, who help to complete tasks and battle against enemies. The game's development was led by brothers Mike and Josh Grier, founders of Ember Lab. The original score was composed by Jason Gallaty, who collaborated with Balinese ensemble group Gamelan Çudamani to create gamelan music respectful to the culture. Kena: Bridge of Spirits was showcased at the Tribeca Film Festival in 2021. It received generally positive reviews, with particular praise directed at its artistic design, original music, and the use of the Rot; critics were divided on the gameplay, narrative, and characters. Kena: Bridge of Spirits is an action-adventure game played from a third-person perspective. When defending against enemies, the player can activate Kena's pulse ability, which acts as a shield and has a health meter that depletes when attacked; it also serves to provide clues and activate objects, and an upgrade allows the player to dash forwards, which can be used to pass through barriers to the Spirit Realm, dodge attacks and stun enemies, and corporealize spirit enemies. The player also gains the ability to use Spirit Bombs, which can be used to float shimmering rocks for platforming or as an attack against enemies. The player is tasked with collecting small spirit companions known as the Rot. Directing the Rot to complete a task during battle will expend courage, which can be regained by continuing to attack enemies and collecting the dropped courage. Throughout the world, the player may discover spirit mail, which is used to unlock areas within the village and free the spirits within. The game utilizes the DualSense controller's haptic feedback for features such as Kena's spirit bow. In the world of Kena: Bridge of Spirits, deceased people can remain between the physical and spirit worlds if they are traumatized or feel unfinished. In the game, a young spirit guide named Kena travels to an abandoned village in search of the sacred Mountain Shrine. 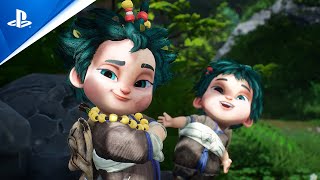 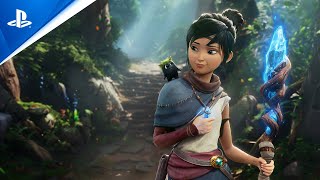 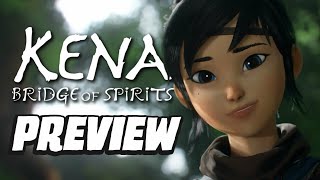 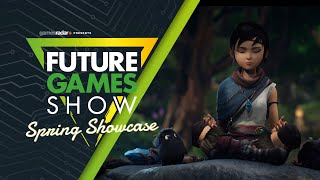 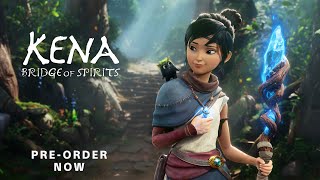