The main series and the PlayStation Portable installment were developed by Guerrilla Games, a subsidiary of SIE, and the PlayStation Vita installment was developed by Guerrilla Cambridge. Killzone consists of six games, beginning on the PlayStation 2 in November 2004 with Killzone, and continued on the PlayStation Portable in October 2006 with Killzone: Liberation. The Killzone series follows the continuous war between the ISA and Helghast taking place on both ISA Earth colonies and the planet Helghan, the home planet of the Helghast. The main antagonist was originally Helghast Autarch Scolar Visari; his death in Killzone 2 brought about the rise of two new antagonists and the hopeful heirs to Visari's throne in Killzone 3: Jorhan Stahl and Admiral Orlock. After Orlock's death and the unknown details of Stahl's death and the destruction of Helghan, now covered in petrusite, the Helghast now live on Vekta with a giant wall dividing them from the Vektans. "The Black Hand", a Helghast paramilitary terrorist group, was formed under Vladko Tyran, who became an antagonist, along with Lady Hera Visari who has inherited her father's throne. By the end of Killzone: Shadow Fall, it is revealed that the main antagonist is Stahl, who managed to survive the events of Killzone 3, but is dispatched by Vektan Security Agency director Thomas Sinclair. Killzone, Killzone 2, Killzone 3, Killzone: Mercenary, and Killzone: Shadow Fall are first-person shooters. In Killzone 3, players can carry up to three weapons, with the third weapon spot reserved for heavy weapons . Online competitive multi-player features up to 16 players in Killzone, 32 players in Killzone 2, 24 players in Killzone 3 and Shadow Fall, and up to 8 players in Mercenary. Operations is a new mode for Killzone 3 which is a cinematic mini-campaign for the multiplayer mode. Killzone and Killzone 3 are the only games in the series to feature offline split-screen co-op for two players, while Killzone is the only game in the series to feature offline split-screen multiplayer in the Botzone mode . The game is set in 2357, where the Helghast Empire has recovered from its defeat in the First Extrasolar War and launched a blitzkrieg against the outer Interplanetary Strategic Alliance colony planet Vekta. 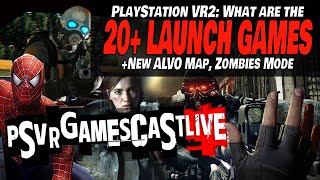