4
Backlog
The story this time begins with Katrielle setting up the Layton Detective Agency on Chancer Lane, determined to prove her worth and hoping that the exposure will help her to uncover clues regarding her missing father’s whereabouts.
First Release July 20, 2017
Last Release October 6, 2017
Posts Ratings Similar List ⋮ 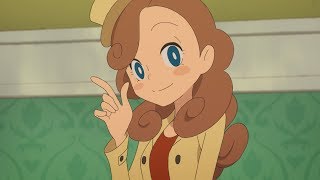