2
Backlog
As the game progresses, Raziel gains the powers of his clan brothers after defeating them and becomes able to phase through gates in the spectral realm and climb walls in the material realm..
First Release January 27, 2000
Last Release December 6, 2012
Posts Ratings Similar List ⋮

As the second game in the Legacy of Kain series, Soul Reaver is the sequel to Blood Omen: Legacy of Kain. Taking place 1500 years after the events of Blood Omen, Soul Reaver chronicles the journey of the vampire-turned-wraith Raziel, lieutenant to the vampire lord Kain. This and other delays forced material originally planned for Soul Reaver to be instead released with later games of the series. Although interaction with objects is limited in the spectral realm, this can be advantageous, because Raziel can phase through otherwise impassable gates there, and water is insubstantial, allowing him to walk on lakebeds; however, blocks, doors, and switches can be manipulated only in the physical realm. Many puzzles are based on the differences between the two realms; for example, platforms and environment features in one realm may change form to open new paths in the other. Each brood of vampire enemies has unique powers reminiscent of their clan leader. Human and spectral enemies can be killed with Raziel's claws or any weapon, but vampires must be bludgeoned into a stunned state and then destroyed by impaling them, lighting them on fire, or tossing them into a hazard such as sunlight or water. When killed, enemies leave behind souls that replenish Raziel's health, which automatically decreases in the material realm and increases in the spectral. As the game progresses, Raziel gains the powers of his clan brothers after defeating them and becomes able to phase through gates in the spectral realm and climb walls in the material realm. 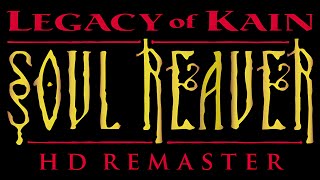