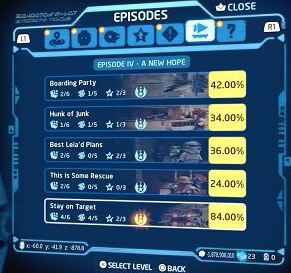 The best trick to get infinite studs in LEGO Star Wars: The Skywalker Saga

nintendosmash.com
In LEGO Star Wars: The Skywalker Saga, the currency of the game is a stud which you get almost everywhere in the game. You can get it along the path and you can even collect it by breaking the items. You need studs for buying new characters as well as doing some upgrades. So basically, […]

Rate how you feel this post affects Lego Star Wars: The Skywalker Saga to change it score. GameSense.co lets you change video game scores by reacting to how you feel posts affect a game.