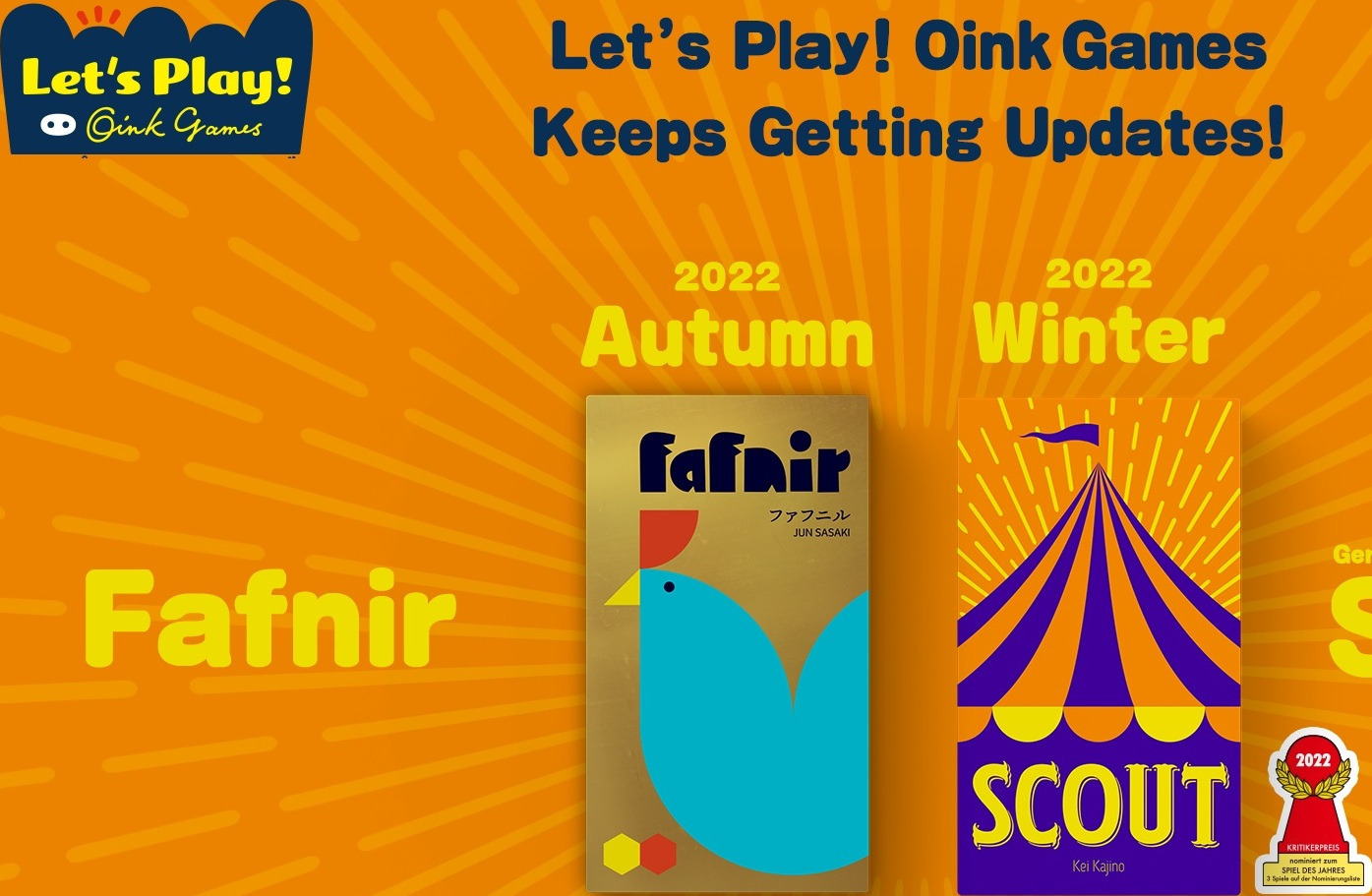 Let's Play! Oink Games to add Fafnir as an update, Scout as DLC

nintendoeverything.com
Oink Games has announced that it will add two more board games to Let’s Play! Oink Games on Switch with Fafnir and Scout. The two will go live this fall and this winter respectively. Fafnir will be distributed as a free update, though Scout is planned as paid DLC. Fafnir: Fall 2022, Free Update A chicken named Fafnir lays 2...

Rate how you feel this post affects Let's Play! Oink Games to change it score. GameSense.co lets you change video game scores by reacting to how you feel posts affect a game.