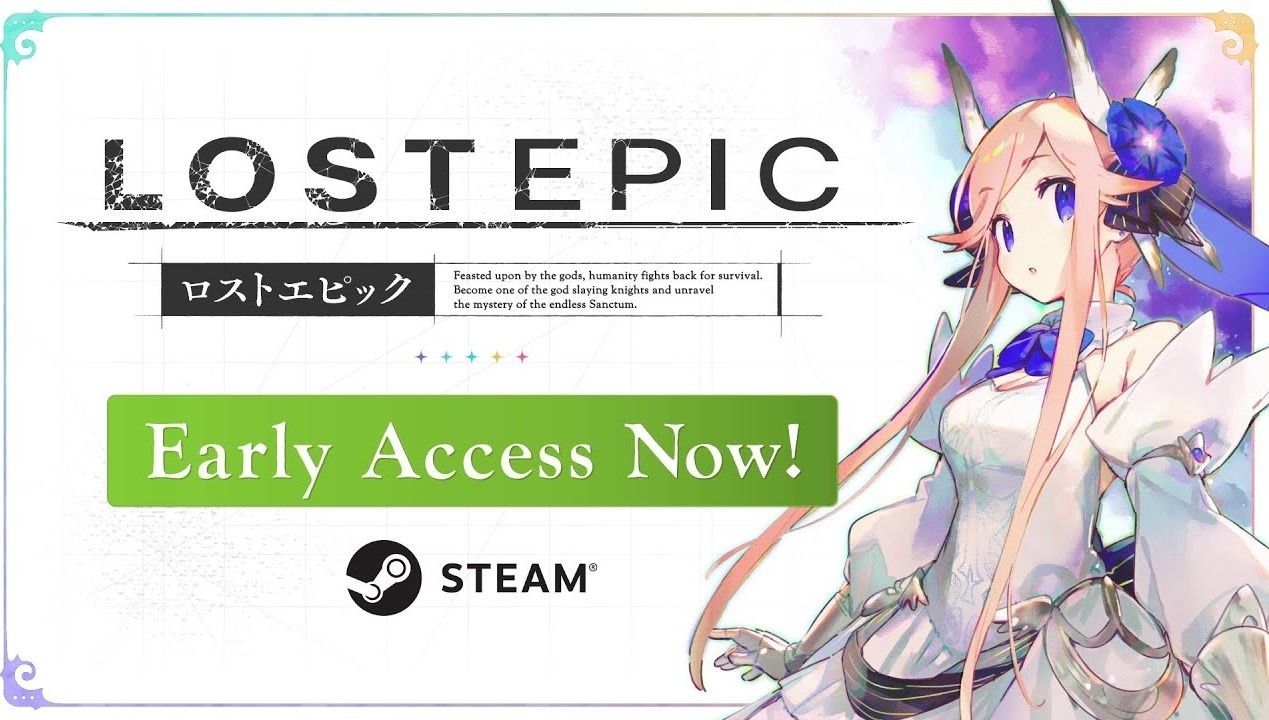 www.thesixthaxis.com
You begin LOST EPIC as you do in so many other games, as a formless figure exploring a wasteland. Brought to the abode of a startlingly anime witch called Cecilia, you are given form and a voice and instructed that you are one of a group of knights called God Slayers, and that it is your destiny to take out the New Gods to free the world from their control. So, basically your average Tuesday for anyone who plays video games. After this charming chat, and choosing to play as a twink with cat ears and a tail (the only correct choice), you venture out into the harsh world. Through much of LOST EPIC youâ€™re going to be smacking about things with a variety of weapons and combinations of light and heavy attacks, but thereâ€™s a lot of minutiae to the combat. Augmenting your repertoire are the Divine Skills, powerful abilities which can be woven into combos to deal additional damage and build up the stagger gauge. This circle appears as you attack or land backstabs, and when it fills you can perform a critical blow with your next light attack. The moment-to-moment combat is a little rough around the edges, which is to be expected for a game that is still in Early Access on Steam, but even at this point it feels weighty and responsive. The only real issues we found in this area were a few dodgy hit boxes with the attacks simply not landing as they should, which is honestly impressive, if still frustrating during a boss encounter. Most battles take place in the location you find the enemies, however there are occasions where you are locked into a single screen until the fight is done. This doesnâ€™t only occur with the boss encounters either, with strong versions of the standard enemies available to take on in the field. Some of these will be on the Kill List, which are a set of bounties to fulfil in each area and denoted by a red glow around them. Success in battle will grant items, resources and, most importantly, anima. This is essentially the souls / blood echoes / magical all-encompassing currency of the game. Anima is used for levelling your character, upgrading and forging weapons, purchasing items, and is absolutely everywhere. Smashing crates? Anima. Opened chests? Anima. Haircuts? Anima. Well, not that last one but you get the idea. The Dark Souls comparisons donâ€™t end there though because thereâ€™s also that delightful thing where all of your anima will remain in the last place you died until you collect it again, of which you only have one chance. Oh, and the bosses. What to say about the bosses? These monsters are both colossal tests of your skill and your patience much like other Souls-likes. However, once you do defeat them you earn not only a lot of anima, but also an additional boon from Cecilia and often an additional ability required for progress too, such as the ability to breath underwater for traversing the lake area. Do be careful of the multiple phases though; these bosses do not mess around when their health is depleted and they gain some horrifyingly strong attacks to smack you around with. Augmenting all this is a robust skill tree system called Tidings, which allows for the fine-tuning of your character as you earn skill points from levelling. Initially you only have a basic tree to work through, but as you explore you will gain more pages for the tome, earning more and more powerful stat boosts and abilities from the Tidings. Thereâ€™s a lot of flexibility here, with most character archetypes represented, even if it takes a while to get going. LOST EPIC has a nice visual design. The environments are distinct, the map is clear and concise, and there is a large variety of enemies that also increase in power as you progress. The only downside at this point are the animations, which strongly resemble puppets dancing around on strings. It isnâ€™t a deal breaker and you get used to it quite quickly, but it is initially off-putting.Â  It should be noted again that this is still in Early Access and, as such, we only fought the first two of the New Gods along with a sprinkling of other area bosses. However, as small changes and fixes were happening through our time playing, it shows signs of becoming an even more solid experience than this already strong effort. The only let down at this point was that we simply could not find players to play with in co-op, but that’s a very small gripe.Â  LOST EPIC brings together multiple disparate elements in a way that simply just works. The Metroidvania aspects work to aid exploring and progression, while the Dark Souls bits lend a tremendous difficulty to the proceedings, and the more action-based combat makes each encounter explosive and gratifying. Weâ€™ve gotten everything out of LOST EPIC that currently exists, and cannot wait for more updates.

Rate how you feel this post affects LOST EPIC to change it score. GameSense.co lets you change video game scores by reacting to how you feel posts affect a game.