Lost in Random is an action-adventure video game developed by Zoink and published by Electronic Arts. In a world which is governed by game rules, Even will slowly understand the randomness of life with the help of Dicey. Lost in Random is an action-adventure game played from a third-person perspective. Players must roll Dicey in order to progress and Even will only be safe when she reaches the final piece on the board. During this period, players can select the card they want to use, which is the only way to deal damages to enemies. As players progress, new cards will be earned and they will recover Dicey's lost pips, which would enable Even to roll higher numbers during combat. The game also features light role-playing game elements. The game features a dialogue wheel which allows players to select dialogue options while conversing with NPCs. The game is developed by Swedish developer Zoink. According to Olov Redmalm, the game's creative director, Lost in Random was a homage to "dark fairy tales" and stop-motion animation. During the game's production, the team inspected the works of animation studio Laika, movies directed by Tim Burton, Grimms' Fairy Tales, and the Oddworld series for inspirations. Each realm features its own visual design, with art style inspired by The Nightmare Before Christmas, Over the Garden Wall, and the works of Australian artist Shaun Tan. The game was penned by Ryan North, who had previously worked on The Unbeatable Squirrel Girl and the Adventure Time TV series. 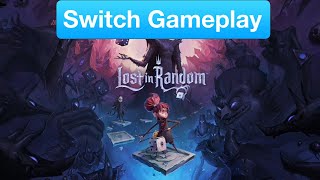 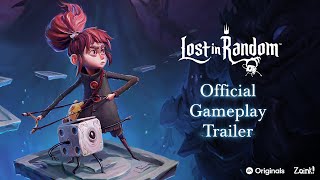 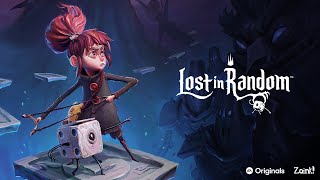 User Posts For: Lost in Random