Made In Abyss: Binary Star Falling Into Darkness

It depicts the journey of a girl to the bottom of titular Abyss from where no one has ever returned in search for her mother, accompained by a robot who looks like a boy, while joining other companions along the way. An anime television series adaptation by Kinema Citrus aired from July to September 2017. The deeper one goes, the more acute the effects of the curse; few who have descended into the lower regions have returned to tell of their experiences. Some legendary Cave Raiders earn the title of White Whistles, one of them being Riko's mother, Lyza, who is presumed dead after taking a "last descent" into the Abyss. Riko's longing in life is to follow in her mother's footsteps and become a White Whistle. One day, she discovers a robot resembling a human boy in the second layer of the Abyss and names him Reg. Sometime later, a number of findings are made from the depths of the Abyss, including Lyza’s White Whistle and pages of discoveries and observations she had made, as well as a message presumably for Riko, stating she is waiting at the bottom of the Abyss. As of July 2021, a total of four anthologies have been published. An anime television series adaptation was announced in December 2016.began serializing the manga on . Australian artist Kevin Penkin composed the soundtrack for the anime.Miyu Tomita and Mariya Ise performed both the opening theme "Deep in Abyss" and the ending theme "Tabi no Hidarite, Saihate no Migite", the latter in collaboration with Shiori Izawa . On May 5, 2021, it was announced that the sequel will be a second season, officially titled Made in Abyss: The Golden City of the Scorching Sun , which is set to premiere in July 2022. The main cast and staff are reprising their roles.Riko Azuna will perform the opening theme "Katachi", while Myth & Roid will perform the ending theme "Endless Embrace". Sentai Filmworks has licensed the series, and streamed it on Amazon's Anime Strike service in the U.S. and on Hidive outside of the U.S. Sentai Filmworks planned to screen the film in North America, the United Kingdom, and Ireland with English subtitles on April 13, 2020 subtitled, and with the English dub on April 15, 2020, however, the screenings were postponed due to the COVID-19 pandemic. 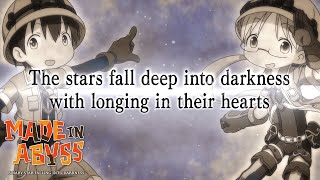 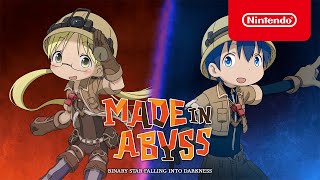 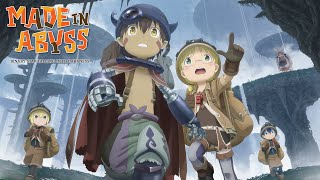 User Posts For: Made in Abyss: Binary Star Falling into Darkness