Mario Golf: Super Rush is a golf video game developed by Camelot Software Planning and published by Nintendo for the Nintendo Switch console. It is the sixth installment in the Mario Golf series following Mario Golf: World Tour in 2014 and is part of the larger Mario franchise. It received mixed reviews from critics who praised the gameplay mechanics, new modes, controls, and visuals, but criticism was directed at the game's low amount of content at launch, while the adventure mode also received a mixed reaction. The fundamental gameplay of Mario Golf: Super Rush is comparable to previous entries in the Mario Golf series. Through traditional golf rules, the player's primary objective is to get the ball into each hole with the fewest possible number of strokes, using the various golf clubs available to them. The player who completes the game with the lowest number of strokes is the winner of the match in the context of competition. Multiple tools are available to players for strategic benefit, such as the "Shot Gauge" showing the direction and the curve of the ball against slopes and the scan feature, which allows the player to better assess the elevation of terrain. The game offers both conventional button controls for taking shots and motion controls to simulate hitting the ball with a swing. Speed Golf, a newly introduced mode for the Mario Golf series, has players race to complete courses in the fastest time, rather than with the fewest strokes. Battle Golf resembles Speed Golf mechanically but differs in that it takes place on a special arena-course where players have to sink the ball in any 3 of the 9 open holes first to win. Additionally, the game features a story mode titled "Golf Adventure" that includes role-playing game elements like gaining experience and stat progression. Though not detailed in the initial game announcement, fans spotted that King Bob-omb, a boss that originally appeared in Super Mario 64, was accidentally mentioned by Nintendo to be a playable character on the official game page before being amended. The game also received praise for its new gameplay mechanics and the added element of motion controls, the latter considered to be precise, as well as the visuals. 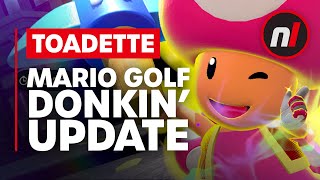 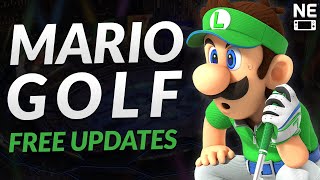 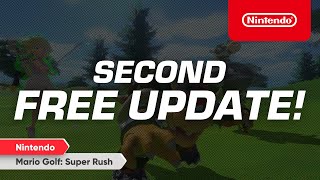 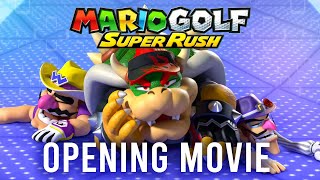 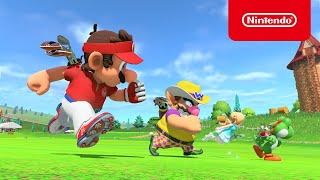 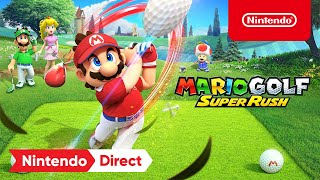