3
Backlog
Like other games in the series, in Mario Kart 8, players control characters from the Mario franchise and participate in kart racing on various race tracks, using items to hinder opponents or gain advantages.
First Release May 29, 2014
Last Release May 30, 2014
Posts Ratings Similar List ⋮

Mario Kart 8 is a kart racing game and the eighth major installment in the Mario Kart series, developed and published by Nintendo for the Wii U video game console. Like other games in the series, in Mario Kart 8, players control characters from the Mario franchise and participate in kart racing on various race tracks, using items to hinder opponents or gain advantages. Mario Kart 8 was a critical and commercial success upon its release, currently holding aggregate critical scores of 88.52% and 88% on GameRankings and Metacritic, respectively. The game continues the traditional gameplay of the Mario Kart series, in which characters from the Mario universe race against each other in go-karts, attempting to hinder their opponents or improve their racing performance using various tools found in item boxes. New items include the Boomerang Flower, which can be thrown to attack players, the Piranha Plant, which attacks nearby racers and obstacles, the Crazy Eight, which gives the user eight items, and the Super Horn, which can be used both to attack nearby opponents and defend against items, including the previously nearly unavoidable Spiny Shell. There are a total of 48 tracks to race on. Along with local multiplayer, Mario Kart 8 supports online multiplayer for up to twelve players, playable with friends, or with strangers both regionally and worldwide, with voice chat support outside of races. 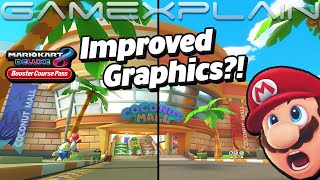 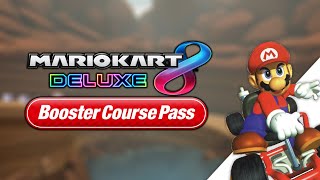