Backlog
The game is a crossover between Nintendo's Mario and Ubisoft's Raving Rabbids franchises and a sequel to the 2017 game Mario + Rabbids Kingdom Battle.
Posts Ratings Similar List ⋮

Mario + Rabbids Sparks of Hope is an upcoming turn-based strategy adventure game developed by Ubisoft Milan and published by Ubisoft for the Nintendo Switch. The game is a crossover between Nintendo's Mario and Ubisoft's Raving Rabbids franchises and a sequel to the 2017 game Mario + Rabbids Kingdom Battle. Mario and his friends must travel to different worlds to restore peace to the galaxy, save the Sparks, and defeat Cursa. Gameplay in Sparks of Hope is largely similar to that of Kingdom Battle. Players are also tasked with rescuing the Sparks throughout the galaxy, who provide distinct powers that will help the player in battle. The character Beep-0 once again serves as the guide for the other characters. Unlike the first game, level designs are less linear, and the turn-based tactical combat features a new system that disregards the first game's grid-based layout. Lead designer Xavier Manzanares speaking about the new combat stated: "you can move in this area of movement the way you want, you can dash a Bob-omb, then you have it in your hand. Also on the same day, Grant Kirkhope announced that he was returning to compose the music for the game. Creative director David Soliani stated that the development team had viewed the game as a "spiritual sequel" to the first, and "a new take on the tactical genre", in part due to the new combat and the game having expand beyond the scope of the Mushroom Kingdom to focus on a range of galactic locations. 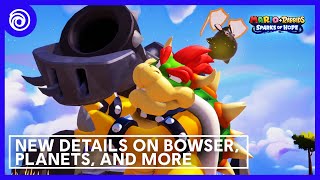 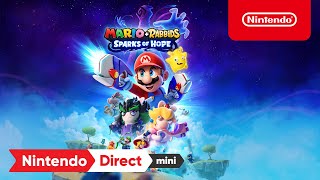 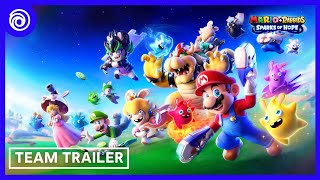 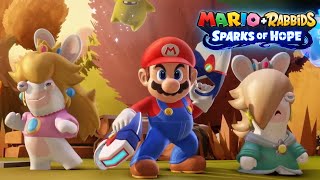 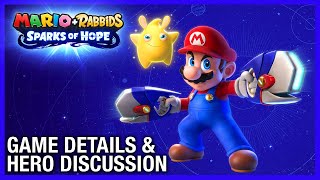