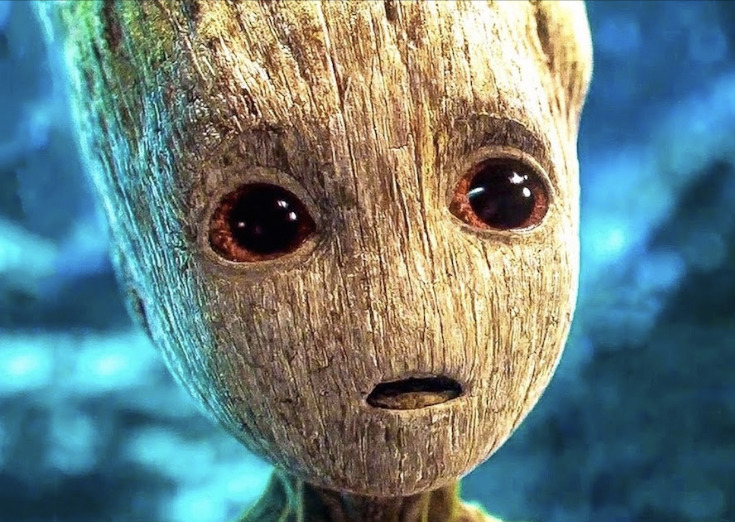 Marvel's Guardians of the Galaxy
Backlog

Review on Guardians of the Galaxy

Since 2014 brought Guardians of the Galaxy to the big screen. In 2017 it was followed by another. And somewhere around 2023 we should be getting volume 3 of Guardians of the Galaxy. I can’t get enough of the 80’s rock music, humor, and action adventure. I am a big fan of the series. Especially watching the best moment from both movies so far, where Chris Pratt cuts on the song by Redbone called “Come and get your love.” And danced his way into a creepy setting. Then the situation quickly turned into something serious.

Now the video game is very much like that.You can go from a quick off the wall joke from Groot and Rocket Raccoon, to a serious fighting scene a few minutes later. It’s a fun game to play. But it has its negatives like other games. Here is my take on the game Guardians of the Galaxy.

Developers- When Eidos-Montreal was bought out by Square Enix in 2009 they have been successfull since releasing Tomb Raider, Shadow of the Tomb Raider, Rise of the Tomb Raider, and the game Thief. And one of the most underrated series in gaming in my opinion, the Deus Ex series. Then in 2017 the studio signed a multi year deal with Marvel. Then in 2020 we got a mediocre game that should’ve been developed by EA Sports due to all its microtransactions you have to purchase, just to enjoy the game. Marvel’s Avengers is a good looking game. The story is mediocre. But the only way to gain XP in the game was to pull your wallet out. But the microtransactions hurt the game so bad. Eidos-Montreal finally removed the feature in 2021 that helped make it a bit more fun. But to me, it never has lived up to expectations as far as how repetitive the fight scenes are. And just not really any hype on the story. Then of course in 2021 came along. Guardians of the Galaxy released. It was a crucial moment for Eidos-Montreal to really hit home with this release. Or dig their hole deeper with Marvel fans like me.

You take full control of Star-lord (Peter Quill) There are a lot of secret pathways to take. Some you may feel that you may get lost, but they all lead back to the path you need to follow to reach your final spot on the map. Some paths ask you to solve a few simple puzzles. But nothing difficult like the Uncharted games or Zelda games. Just different characters has the skill to complete certain puzzles. Such as Drax can pick up heavy objects. Rocket Raccoon can solve puzzles if technology is needed. Gamora isn’t afraid to pull her sword out and chop up some vines for you to get through. Groot has the ability to extend his arms to create bridges and hold down enemies while in combat, so you can get a few free hits while they are stuck. During combat, Star-lord (Peter Quill) can pick a character that uses certain fighting abilities to help against enemies.

It was hard to accept the fact that you can only control Star-lord but the game gives you somewhat of the same job a Quarter back has on a football team. You call the plays. And what I mean by that is you can pick when you want a certain character to use their special weapon, or skill. Speaking of football! There is this cool feature where during battle scenes, you huddle up. The game gives you certain decisions on dialogue, to pump up your friends, and just go crazy on the enemies. I call it a Halftime speech myself. It’s a cool feature to use if you feel defeat coming your way. It’s a good way to catch the enemy off guard. And it’s a goofy and fun way to watch it all play out.

Everybody that has watched the movies knows that the characters like to pick and argue with each other. The humor and jokes in this game going on while exploring the different environments, are really hilarious. The sarcasm bouncing around from one character to another. Keeps you entertained, and laughing while exploring the levels. There are moments where you have to choose dialogues. Yes your answer does impact the story. But trust me. It’s not a bad thing, as some choices will give you a little bit more playtime out of the 20 to 25 hour playtime for the story. Now it may make the path of victory more difficult. But nothing your crew can’t handle.

There are tons of collectibles, and articles to read. Rather if your exploring Peter Quills house during his flashbacks as a kid. Or just going off to the side to explore hidden walkways on a map.

Music- The music is your good Ol classic 80’s rock that Peter loves to listen to. The music you hear while playing missions, are really fun to listen to while playing. I found it cool to listen to a Hard Rock song while kicking aliens butts fight after fight. The game has real life songs from that time period. To hear Def Leppard or KISS while exploring your spaceship. It just makes you say “Yeap, this is Guardians of the Galaxy.”

Sound and bugs- Now here is where the game struggles. The sound has a glitch where during certain moments it would go silent. Certain times the sound and characters talking, had a high pitch static noise. Getting stuck in certain areas with no way out. Having to force myself to reload to a save point. Certain button Inputs remain on the screen after you choose an input to do a certain action. But the big one was the sound. Man that was frustrating. For my headphones to sound like they have the worst noise, and sound like they are about to go out, or for them to sound like somebody is using a candy wrapper and holding it up to my ear moving it around. Is not a pleasant sound.

However, they have recently made patches to fix these issues. Not a perfect game. But has improved. There are ways to tweak the settings, to take away the sound issues. But I found that doing that took away from the experience due to the settings changing. I will say that I haven’t experienced the game crashing at all on my base PS4 console. These are not game breaking issues at all. It’s not a NASCAR Ignition 21 that at this point cannot be fixed. These bugs can be overlooked for sure besides being stuck in certain situations, and having to reload last checkpoint. But I have found out that the auto save feature, and the checkpoints are really close. So there is no starting miles away from where you left off.

Final thought- Guardians of the Galaxy is a very fun game that has its own standalone story. It definitely makes you feel like your in control of a real movie based on Guardians of the Galaxy. The dialogue decisions help make that experience more satisfying. You shape the story. There are long cutscenes. But it’s not the length of Final Fantasy or Yakuza cutscenes. Where they last for what feels like years. It has a perfect balance of action, mixed in with Mass Effect decision making. Eidos-Montreal made a very good comeback with this one. The lighting and graphics are some of the best that I’ve seen in a while. Maybe the best since The last of us part 2 was released. There are some textures close up that look a little grainy. But it’s not really noticeable unless your looking for it. The controls are great. With the combat being a little bit on the repetitive side of things. It’s still fun to fight off different levels of enemies in a battle arena type setting. The voice acting and the characters personalities really shine in this game. The humor that comes out of hearing “I AM GROOT” at least once every 2 minutes is just funny to me.

If your a fan of arena style battles, and linear style maps that can be explored to a point. If your a RPG fan, and enjoy chasing new abilities or skills for your character. Or if your a story driven fan. Guardians of the Galaxy won’t disappoint. It helped me be excited about other super hero games to come out. Maybe another one of these? That remains to be seen. But if it does. I will be getting it closer to launch day. This game is worth the full price. But definitely go pick it up if it’s on sale!

Don’t forget to set your timers for the countdown of Dying light 2 and Horizons forbidden west. The next big AAA games to be released aiming for February. Can’t wait to get my hands on both. And help voice my opinions on both games.

Again, this is my opinion. If you know of anything I may have missed, or something from your experience with Guardians of the Galaxy. Or bugs I mentioned being fixed that I may have missed. Feel free to let me know.

Rate how you feel this post affects Marvel's Guardians of the Galaxy to change it score. GameSense.co lets you change video game scores by reacting to how you feel posts affect a game.